We've been talking about the 2010 elections since, oh, the day after the 2008 elections.   Now, it's time for final predictions. 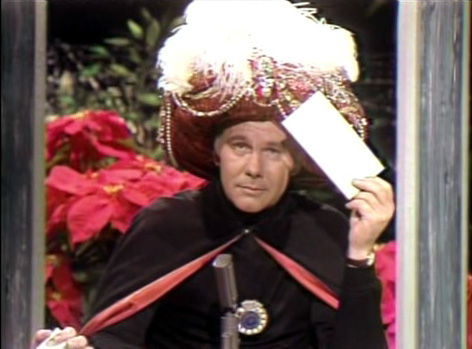 We’ve been talking about the 2010 elections since, oh, the day after the 2008 elections.   Well, our long national nightmare is almost over, with just one more full “working day” between us.   So, let’s make some predictions.    We’ll start with three nationally-known “expert” prognosticators and then weigh in with our own.

He does a prediction for each of the 435 House seats and each of the open seats in the Senate.   He couches his predictions with a lot of wiggle room:

We believe the GOP will hold all its open seats (FL, KY, MO, NH, OH). This is quite an accomplishment in itself, since the early assumption was that at least a couple would switch sides. In addition, Republicans will probably pick up most of the following: AR, CO, IL, IN, NV, ND, PA, and WI. The closest appear to be CO, IL, NV, and PA. These races, especially the first three, are so tight that a strong breeze could change the result, so the GOP may well come up one or two short in this category. By the way, if Republicans do win the +8 we have projected, then they only have to unexpectedly pick off two of the following states to take control: CA, CT, WA, or WV. CT seems least likely, WA most likely-but any of the foursome would be an upset.

In our pre-Labor Day analysis, however, we noted a historical anomaly: Since World War II, the House has changed parties six times, and in every case, the Senate switched, too. In five of the six cases, most prognosticators did not see the Senate turnover coming. (Only in 2006 did some guess correctly, including the Crystal Ball.) So if we have a big surprise on election night, this could be it, despite the pre-election odds against it.

Putting names to it, he’s picking Ricky Rubio and Rand Paul to win and not getting specific on the Harry Reid-Sharron Angle matchup.

He’s oddly not considering Alaska — in which incumbent Lisa Murkowski lost the Republican primary — as an open seat.  On his breakdown chart, he has it as “likely R” but defines it in a dubious way:   “It could be close and take many days to determine the winner, but it does not matter since Democrat Scott McAdams will not win and either Miller or Murkowski would sit in the Republican caucus. It matters to Alaskans whether Miller or Murkowski takes the seat, but not to the Crystal Ball’s tally.”

Of the most ballyhooed races:

I haven’t followed the individual House races or the governor’s races all that closely so won’t bother with much analysis.   I’m basically just aggregating the aggregators on these, figuring that the right answer is somewhere between the others.

As for the most-talked-about Senate races:

I haven’t paid much attention to the Governor’s races either, so I don’t have much reason to disagree with the forecasts from the experts. However, I will say that it’s worth paying attention to the races in Colorado and Rhode Island, where independent candidates (Tom Tancredo in Colorado and Lincoln Chafee in Rhode Island) stand a fairly good chance of pulling off a victory on Election Day. The other interesting thing about the Colorado race is that the Republican nominee, Dan Maes, has collapsed in the polls over the past month. If he gets less than 10% of the vote, then the Colorado GOP will be relegated to “minor party” status for the next two years, which could cause serious problems for the GOP during the 2012 Presidential race.

House of Representatives (GOP gain of 55)

Again, I haven’t paid enough attention to specific races to made predictions, but there are several districts worth keeping an eye on. Republicans are likely to pick up at least two states here in Virginia (the 2nd and 5th Districts) and may pick up two more (the 9th and 11th Districts) if we do end up with the wave election that some are forecasting. Elsewhere in the country, several Democratic incumbents seem to be in trouble including Alan Grayson and Ron Klein in Florida, Maurice Hinchey in New York’s 22nd District, Jim Marshall in Georgia, and, most improbably, Barney Frank in Massachusetts. All of these districts are in danger of flipping Republican this year.

House of Representatives: GOP +68
UPDATE: 11/1/10): I believe, based on the widening of the last minute polls (as I predicted would happen over a month ago), that I’ve been a little too cautious with this prediction. So I’ve bumped it up a few points.

Yeah, I’m going to be gutless on the House races. My gut tells me that the GOP will pick up a majority, but I would not be shocked if the Democrats held on to a razor thin margin, either. The structural indicators (GOP, incumbent seats, mid-term election) give a baseline GOP gain between 45-55. Polls seem to indicate 55. BUT… there were a lot of Tea Party winners in toss up districts, and Tea Party candidates have been, in House elections, polling better than results. So it’s tough to call. PROBABLY a GOP victory, leading to the first time in history a orange-skinned man has been in line for the Presidency. But I think the polls are overstating it. I don’t think the GOP will pick up more than 50.

Obviously, a GOP pickup in the Senate is simply not in the cards. I mostly agree with the folks above, except I think that Manchin will win in West Virginia. I think Murkowski will win in Alaska. I think Angle will win Nevada, a testament to economic considerations trumping common sense.

Governors: I haven’t been paying close enough attention to any race but Colorado, where I pick that Tancredo will lose and the GOP will get over 10% and keep their ballot access.

Republicans take control of the House, Democrats hold on to the Senate, both by narrow margins. I suspect that some of the struggling incumbent Democrats will close in the final days of the campaign and that even the most reliable pollsters are under-polling young voters and black voters.

FILED UNDER: *FEATURED, Campaign 2010, US Politics