The anti-incumbent fever that we’ve seen mostly in the Republican Party of late is also manifesting itself in the Democratic Party, as evidenced by last night’s stunning primary loss by 14 term incumbent Congressman Alan Mollohan:

Rep. Alan Mollohan, a 14-term incumbent, has been defeated by state Sen. Mike Oliverio in West Virginia’s Democratic primary, according to the Associated Press.

With 97 percent of the vote in, Oliverio led Mollohan 56 percent to 44 percent.

Mollohan’s decisive loss — a stunning rebuke for a veteran appropriator who has held his seat for nearly three decades – comes just days after Sen. Bob Bennett (R-Utah) lost his bid for renomination. Mollohan, the son of a congressman, had typically coasted in his re-election bids.

Oliverio had cast Mollohan as a creature of Washington and blasted the veteran incumbent over his ethics, repeatedly calling him “one of the most corrupt congressmen.”

In coal-dependent West Virginia, Mollohan also found himself taking heat for the ambitious Democratic push for climate change legislation. In the final weeks leading up to the primary, Oliverio was endorsed by a handful of area newspapers that pointedly criticized Mollohan for not speaking out more strongly against the cap-and-trade bill and for not voting against the bill until the last minute.

Mollohan’s vote in favor of the health care reform bill also seems to have come back to bite him:

Mollohan also found himself under fire from his former allies in the pro-life movement, who targeted the veteran congressman over his support for the health care reform bill. The Susan B. Anthony List, a pro-life group, launched radio ads and robo-calls in the district targeting Mollohan during the primary. West Virginians for Life pulled their longtime support for him and endorsed Oliverio.

“Just as Bart Stupak did, Congressman Mollohan now fully realizes that votes do have consequences. Mollohan’s loss comes as a direct result of his vote for healthcare reform that included federal funding of abortion,” SBA List President Marjorie Dannenfelser said in a statement. “This should be just another sign to ‘pro-life’ Democrats that voted for the healthcare bill that they will face the same consequences as Stupak and Mollohan.”

Perhaps the most surprising thing about Mollohan’s defeat is the fact that the voters choose to get rid of a Congressman who, as member of the House Appropriations Committee played a key role in directing Federal aid and projects to West Virginia. That’s just not something you see very often, and likely an indication that incumbents at all levels have reason to be concerned about their jobs this November. 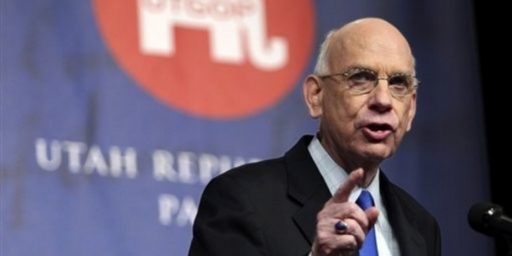