The passage of a new same-sex marriage law has Democrats talking about Andrew Cuomo. 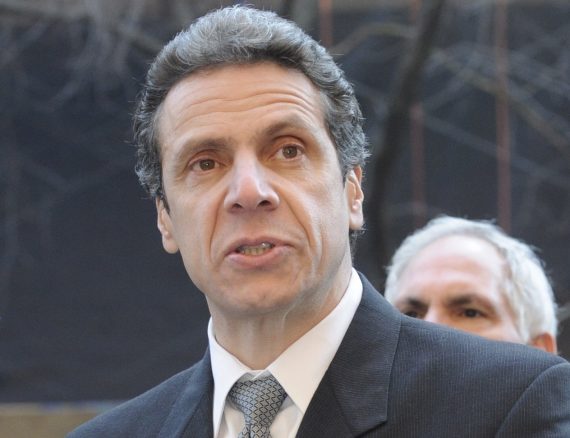 After the passage of a same-sex marriage law in New York thanks in part to his direct involvement in the legislative process, Andrew Cuomo is already being talked about as a potential Democratic Presidential contender in 2016:

With his successful push to pass a gay marriage law, New York Gov. Andrew Cuomo overnight became a national contender, putting down a major marker among the liberal party base that dominates the primaries.

“Most politicians, including most Democrats, have been afraid of this issue. Andrew is the first national figure ever to embrace it so enthusiastically,” said Richard Socarides, the president of Equality Matters and a former Clinton White House adviser. “Clearly, this establishes him as the most important progressive leader of our party, setting him up very well for 2016.”

Come 2016, “Cuomo is the only one who will be able to say ‘I delivered for you’ before everyone else realized it was politically popular, and that will be an invaluable asset,” Socarides said, adding, “it also has the benefit of being true.”

The son of former three-term Gov. Mario Cuomo, Andrew’s story represents a remarkable political comeback, rising from a humiliating 2002 primary defeat in the New York governor’s race and a tough divorce from Kerry Kennedy to become a popular governor. Now, he’ll be surrounded by the presidential buzz that invariably attaches to big state governors.

Cuomo supporters already have fanned the flames privately of his prospects on the national stage: Rumors of his White House ambitions started circulating in New York even before he was elected last year by one of the largest margins in state history — some of them date to the days when he was managing his father’s own multiple flirtations with a national run.

With an accomplished first year in office and a family name that remains golden for older Democratic primary voters, he’ll now likely receive an endless list of invitations for speeches and Jefferson-Jackson dinners across the country. The burst of media attention that’s already helped turn the drama over the gay marriage vote into a national story will only burnish his profile.

“This is one of those funny things where the perception of the profile-in-courage moment actually exceeds the real political risk involved,” said Democratic strategist Jim Jordan. “He’s absolutely at the exact right spot on the arc of history.”

Nate Silver makes the point that Cuomo could come across as an appealing candidate for Democrats not only because he took the lead on a social issue that, according to most polls, is widely supported inside the party, but also because the way he did it provides a sharp contrast to President Obama’s leadership style, which frustrates many on the left:

I’m generally of the view that individual politicians receive both more credit and more blame than they deserve, with legislative and electoral outcomes usually determined by broad cultural, economic and political undercurrents. But the type of leadership that Mr. Cuomo exercised — setting a lofty goal, refusing to take no for an answer and using every tool at his disposal to achieve it — is reminiscent of the stories sometimes told about with President Lyndon B. Johnson, who had perhaps the most impressive record of legislative accomplishment of any recent president.

It’s also a brand of leadership that many Democrats I speak with feel is lacking in President Obama.

Mr. Obama has some considerable achievements, including his health care bill and the reversal of the military’s ban on openly gay and lesbian soldiers. But he often seems to achieve them by outsourcing much of the work to Democrats in Congress or to his various lieutenants. And his considerable speaking abilities sometimes seem to be directed more toward healing the country in times of crisis than toward persuading it to move in a new direction.

It’s a strategy that Mr. Obama’s critics and admirers have sometimes characterized as “leading from behind.” One could rightly argue that being president of the United States is an order of magnitude more difficult than being governor of New York, and that Mr. Obama’s performance has been fair to good under the circumstances. But his seemingly risk-averse approach roils many Democrats, even as most of them approve of his overall performance.

That Mr. Cuomo’s accomplishment pertains to same-sex marriage, an issue on which Mr. Obama has adopted an indecipherable position born of a cynical-seeming political calculus, makes the contrast sharper. And that it involved achieving cooperation from Republicans, something Mr. Obama has rarely received, makes it seem as though Mr. Cuomo has more effectively executed upon Mr. Obama’s “theory of change” than the president himself, demonstrating that articulating clear and unapologetic goals is not incompatible with persuading votes on the margins.

Of course, as Matthew Yglesias points out, nothing succeeds like success:

I would say that the bigger difference isn’t so much about the leadership style as it is that Cuomo won. Suppose that the New York State Senate operated according to the rules of the United States Senate and a bill failed unless it secured a 60 percent supermajority. What would people be saying about Andrew Cuomo now? Well, it seems to me that many people would be castigating his failed leadership. Instead of Michael Barbaro’s account of his behind-the-scenes leadership reading like a virtuouso performance it would be reading like a story of a failed inside game. The meeting with high-dollar pro-equality Republican donors would seem not savvy, but naive and weak.

More importantly, though, it’s going to take more than just this one bill for Cuomo to be considered a successful Governor. Like many other states, New York continues to suffer from fiscal problems that have yet to be resolved, and Cuomo has spent a good part of his first several months in office fighting some of the same battles with public employee unions that Scott Walker and Chris Christie have been fighting. The state economy is still weak, and the reality of the New York brain drain can be seen in the fact that the state, which once had more Congressional seats than any other, will have to eliminate two seats before 2012. And, of course, he’ll have to get re-elected in 2014 (although that probably won’t be too hard given how disorganized the New York State GOP seems to be these days).

Nonetheless, it’s easy to see why Cuomo would be an appealing candidate to Democrats in four years, regardless of whether or not President Obama is re-elected. Much of it has to do with nostalgia for his father, of course, who became the standard bearer of old style Democratic liberalism during the Reagan years. Mario Cuomo, however, didn’t run for President in 1992 despite the fact he seemed to have a clear path to the Democratic nomination if he did. Instead, he famously spent the weeks before the filing deadline for New Hampshire’s primary “deciding” what he was going to do, to the point where on the final day there was a jet waiting on a runway in Albany should he have decided to run. Mario Cuomo earned the title “Hamlet on the Hudson” for his indecision that year, and while he has said that he doesn’t regret his decision, one has to think that his father’s experience is in the back of Andrew Cuomo’s mind. If the Presidential suitors come knocking for him in three years or so, I doubt Andrew Cuomo will spend much time deciding whether or not to answer the door.

FILED UNDER: US Politics, Andrew Cuomo

Andrew Cuomo Says No To A Presidential Run In 2020