Chart Of the Day: How The Income Tax Grew

An interesting chart from Catherine Mulbrandon: 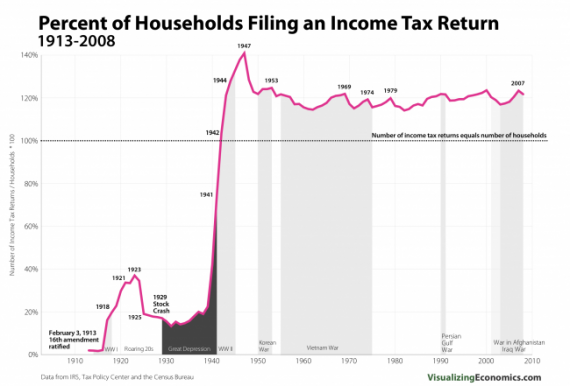 FILED UNDER: Economics and Business, Taxes, US Politics, Matthew Yglesias