The latest Wikileaks revelations suggest that China may not be willing to protect North Korea for much longer. 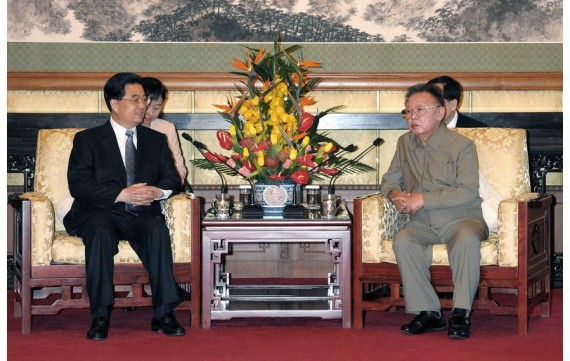 The latest revelations to come out of the Wikileaks State Department document dump seem to indicate that a resolution of the North Korea problem may not be as difficult as we’ve been thinking:

China has signalled its readiness to accept Korean reunification and is privately distancing itself from the North Korean regime, according to leaked US embassy cables that reveal senior Beijing figures regard their official ally as a “spoiled child”.

News of the Chinese shift comes at a crucial juncture after the North’s artillery bombardment of a South Korean island last week that killed four people and led both sides to threaten war. China has refused to condemn the North Korean action. But today Beijing appeared to bow to US pressure to help bring about a diplomatic solution, calling for “emergency consultations” and inviting a senior North Korean official to Beijing.

China is sharply critical of US pressure tactics towards North Korea and wants a resumption of the six-party nuclear disarmament talks. But the Guardian can reveal Beijing’s frustration with Pyongyang has grown since its missile and nuclear tests last year, worries about the economic impact of regional instability, and fears that the death of the dictator, Kim Jong-il, could spark a succession struggle.

In highly sensitive discussions in February this year, the-then South Korean vice-foreign minister, Chun Yung-woo, told a US ambassador, Kathleen Stephens, that younger generation Chinese Communist party leaders no longer regarded North Korea as a useful or reliable ally and would not risk renewed armed conflict on the peninsula, according to a secret cable to Washington.Chun, who has since been appointed national security adviser to South Korea’s president, said North Korea had already collapsed economically.

Political collapse would ensue once Kim Jong-il died, despite the dictator’s efforts to obtain Chinese help and to secure the succession for his son, Kim Jong-un.

• South Korea’s vice-foreign minister said he was told by two named senior Chinese officials that they believed Korea should be reunified under Seoul’s control, and that this view was gaining ground with the leadership in Beijing.

• China’s vice-foreign minister told US officials that Pyongyang was behaving like a “spoiled child” to get Washington’s attention in April 2009 by carrying out missile tests.

• A Chinese ambassador warned that North Korean nuclear activity was “a threat to the whole world’s security”.

• Chinese officials assessed that it could cope with an influx of 300,000 North Koreans in the event of serious instability, according to a representative of an international agency, but might need to use the military to seal the border.

These revelations from the Wikileaks archive suggest fairly strongly that the Korea problem may not be as intractable as previously thought. As I noted last week, there will be no resolution to the North Korea problem until China decides that it’s through propping up the Kim’s dynasty. These reports seem to suggest that the Chinese have reached the end of their patience and that North Korea may not last much long beyond the life span of Kim Jong Il.

Hot Air’s Allahpundit raises a good point when he wonders just how the North Koreans might react to Chinese efforts at regime change:

What reason is there to believe that, faced with a Chinese embargo and total social collapse, the North Korean military would opt to reunify instead of to go out fighting? Some soldiers might agree to lay down their arms for survival’s sake, but others will be so rabidly nationalistic that they’ll prefer death to absorption by South Korea. (Wouldn’t be the first time that cult members have opted for suicide.) All it would take to touch off a war on the peninsula is for a few well-placed NorK officers to give the orders to shell Seoul. What then?

Daniel Drezner is even more skeptical:

I don’t doubt that Chinese officials said everything reported in the documents.  I do doubt that those statements mean that China is willing to walk away from North Korea.  It means that Chinese diplomats are… er…. diplomatic.  They will tell U.S. and South Korean officials some of what they want to hear.  I’m sure that they will say somewhat different things to their North Korean counterparts.

The key is to determine whether China’s actions reflect their words.  And over the past six months, China has not acted in a manner consistent with Tisdall’s claims.

This is not to imply that China is acting in a particularly perfidious or underhanded manner, by the way.  They’re acting like any great power would — stalling for time while trying to figure out the best way to handle a troublesome ally.  The point is, just  because someone says something in a Wikileaks memo doesn’t make it so.