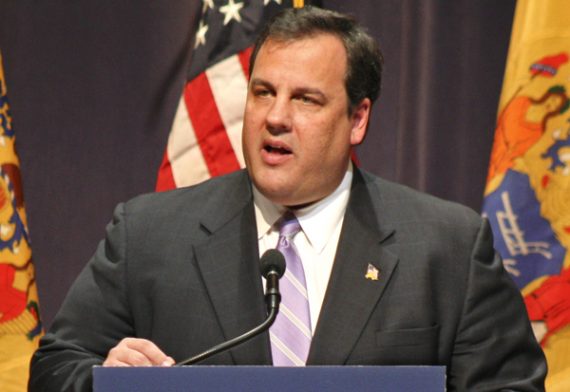 Ever since he won the New Jersey Governor’s race last year, Chris Christie has been cutting a path through national politics thanks to his blunt talk in the face of an overwhelming fiscal crisis in New Jersey. It’s easy to see why when you look at speeches like this one he made to New Jersey’s Mayors in March:

We need to understand we are all in this together. And you know, all of you know in your heart, what I am saying is true. You all know that these raises that are being given to public employees of all stripes, we cannot afford. You all know the state cannot continue to spend money it does not have. And you all know that the appetite for tax increases among our constituents has come to an end.

And so the path to reform and success is clear. We know what it is. We just have to have the courage to go there. What we are doing is showing people that government can work again for them, not for us. Government has worked for the political class for much too long.

One thing is certain. The alternative will lead to certain defeat. And so it is time for us to show courage, and resolve. And we can do it because we are from New Jersey. And I have never, in all my travels around the country, met a group of tougher people than we all have the opportunity to lead.

Christie has followed that rhetoric up by submitting a budget filled with budget cuts, standing up to legislative attempts to increase taxes, and taking on the the teacher’s union in an effort to reform the state’s antiquated and unfair education funding/property tax system. And he’s done all of this with a style that some have called confrontational, but others have called blunt and refreshing.

Naturally this has led some conservatives to focus on Christie as a dark horse candidate for President in 2012. As Jim Geraghty points out over at National Review, though, it’s still way too early for such talk about a guy who’s only been in elected office for six months:

It would probably not be best for Chris Christie or New Jersey if he were to run for president in 2012; he’s still got a lot of work to do and a lot of promises to Garden State voters yet to be kept. But right now, the idea of Chris Christie running for president or appearing on the 2012 presidential ticket just stopped being unthinkable, crazy, and implausible.

For Christie to be a plausible presidential candidate, he’ll have to do a lot more than say and do awesome things over a series of months. A lot of young executives come into office and act tough in the beginning — but soften up over time. So at the minimum, Christie is going to have to show that he can sustain this kind of performance. Even more important, he has to be able show that his actions produced tangible and objectively demonstrable positive results — balanced budgets, improvements in education, a better economy (at least relative to neighboring states). But it’s just impossible that we can know any of these things in time for him to mount a credible 2012 presidential run, keeping in mind that the 2012 campaign won’t start two years from now, but — if the 2008 race is any indication — five months from now, or the morning after the midterm elections.

Bill Dupray disagrees and argues that Christie has as much experience as President Obama did when he ran for President:

Christie isn’t kid with no record. He is a Republican executive of a large liberal state. He served for 7 years as the United States Attorney for New Jersey, a high-level executive  position as the chief federal law enforcement official in the state.  Just the U.S. Attorney job alone gave him more executive experience than President Obama has had in his entire career. Now, as governor, he is tackling an entrenched liberal bureaucracy in a state with the highest taxes in the nation, and getting results.

For what it’s worth Christie himself has denied any interest in running in 2012 and remains focused on dealing with New Jersey’s fiscal problems, which is a wise choice I think. As Geraghty and Klein point out, there’s no guarantee that Christie will succeed in his efforts to reform a state whose political system has been broken for decades. Economically, his ideas make sense, but politically there’s still a good chance he could fail. For example, a new Quinnipac poll shows that state residents aren’t entirely behind Christie’s budget cutting proposals, although voters do approve of the job he is doing so far.

There’s a lot about Christie’s style to like, mostly because he speaks far more bluntly than most other politicians. As I said myself months ago, we could use more people like him in politics who are willing to tell the public that the gravy train of government spending is over and that belt tightening, and budget cuts, are inevitable. If he succeeds, he stands a change of turning around a state that has been a fiscal disaster for at least a decade now, but that’s a big if right now. It’s way too early for him to run for President.

On a related note, I wouldn’t be surprised to see Christie’s name pop up on a short list of Vice-Presidential running mates for whoever happens to win the GOP nomination in 2012. Personally, I would hope he turns it down and uses New Jersey to show Republicans what fiscal conservatism is really like.

Whatever happens, though, keep your eye on this guy. I think he’s going places.