A Manichean struggle between good and evil.

My reaction to Ginni Thomas’ insurrectionist texts, outside from outrage over their criminality, was that “she’s clearly a serious nutcase.” That someone with her education and experience was “credulously texting QAnon conspiracy theories and bizarre YouTube rants” was “just deranged.” WaPo’s Greg Sargent, alas, has a better and scarier take on the matter.

Meadows texted to Ginni Thomas that the “King of Kings” would ultimately “triumph” in the quest to overturn the election, which Meadows characterized as “a fight of good versus evil.” Thomas, a longtime conservative activist, replied: “Thank you!! Needed that!”

This sparked serious consternation on “Morning Joe,” with host Joe Scarborough delivering an emotional diatribe about it. “Think about the sickness of this,” Scarborough said Friday. “He summons the name of Jesus Christ for his help in overturning American democracy!”

The sentiment is understandable. But what this level of shock really indicates is this: We haven’t paid enough attention to the role of right-wing Christian nationalism in driving Trump’s effort to destroy our political order, and in the abandonment of democracy among some on the right more broadly.

In invoking Jesus’ support for Trump’s effort to overturn the election, Meadows — who handled evangelical outreach in the White House — was not merely making an offhand comment. He was speaking in a vein that has held wide currency among the Christian nationalist right throughout the Trump years, right through the insurrection attempt.

Sarah Posner, a scholar of the Christian right, has extensively documented the role of that movement in supporting and lending grass-roots energy to the effort to overturn the election procedurally, and even in fomenting the insurrection itself.

The rhetoric from the Christian right about Trump has long sounded very much like that exchange between Meadows and Thomas. In a piece tracing that rhetoric, Posner concludes that for many on the Christian right, Trump was “anointed” by God as “the fulfillment of a long-sought goal of restoring the United States as a Christian nation.”

In this narrative, Trump — despite his glaring and repugnant personal imperfections — became the vessel to carry out the struggle to defeat various godless and secularist infestations of the idealized Christian nation, from the woke to globalists to communists to the “deep state.”

This culminated with the effort to overturn the election and the lead-up to the Jan. 6 rally that morphed into the mob assault. As Posner documents, Christian-right activists developed a “bellicose Christian narrative in defense of Trump’s coup attempt,” investing it with biblical significance and casting it as “holy war against an illegitimate state.”

That illegitimate state, of course, is our democracy. And so, when Thomas and Meadows text about the religious dimensions of the coup attempt, they’re echoing much of what we’ve long heard from the Christian right about it.

“Evil always looks like the victor until the King of Kings triumphs,” Meadows texted to Thomas. “Do not grow weary.”

“Meadows’s text to Thomas, and her grateful and enthusiastic reply, demonstrates how the pair saw themselves as soldiers in this spiritual battle from which they should never retreat,” Posner told me, adding that this is “representative of rhetoric” that has long “permeated Trump’s base.”

To be fair, some Christian voices roundly condemned the Jan. 6 violence. But on the day itself, there were many Christian symbols of various kinds visible throughout the “Stop the Steal” rally crowd, as Robert Jones, the founder and CEO of Public Religion Research Institute, has documented.

“The evidence for White Christian nationalism’s importance to the effort to overthrow the election was right before our eyes on Jan. 6,” Jones told me. “It was in the signs that were carried. It brought a veneer of divine blessing on the violence and the insurrection.”

Which is why reckoning with the role of this movement in the turn against democracy is important. “It is a violent reclamation movement,” Jones told me. “If we’re going to move into the promise of a multireligious, multiethnic democracy, these forces are going to have to be confronted.”

Like a lot of American intellectuals, I tend to dismiss allusions to the divine as either pro forma or nutty. While I know plenty of really smart people who go to church on a regular basis, I see that mostly as a communal ritual. They get together with folks raised in similar traditions and renew their pledge to strive to be decent human beings. When people act as though they actually believe some mystical being is guiding our lives, much less deciding who wins our elections, I dismiss them as cranks.

The premise that Meadows and Thomas actually believe the nonsense they were texting back and forth is scarier than that. It’s one thing to think, despite all the evidence to the contrary, that Democrats somehow stole elections in places like Georgia—and that Republican election officials went along with it for, well, reasons—and quite another to think that they did so in defiance of the wishes of the Almighty. In that case, insurrection is not only justified, it’s mandatory. 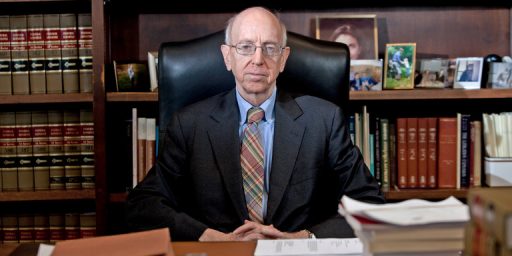