There may be reason to doubt reports alleging that Mitt Romney engaged in vicious bullying of a gay classmate as an 18-year-old prepster. 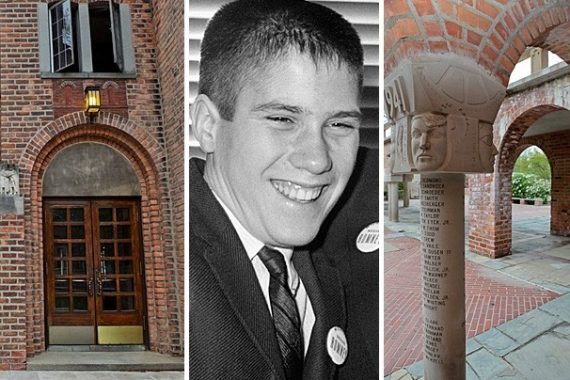 Yesterday’s news cycle was dominated by a front page story in the Washington Post alleging that Mitt Romney engaged in vicious bullying of a gay classmate as an 18-year-old prepster. But the family of the alleged victim denies knowledge of the incident and has lashed out at the report, declaring the “portrayal of John is factually incorrect and we are aggrieved that he would be used to further a political agenda.”*

ABC News (“Sister of Alleged Romney Target Has ‘No Knowledge’ of Any Bullying Incident“):

The older sister of Mitt Romney’s former high school classmate said she has no knowledge of any bullying incident involving her brother and the GOP presidential candidate.

Christine Lauber of South Bend, Ind., had not seen the Washington Post’s story that described an incident when Mitt Romney bullied her brother, but said she was aware of the story. The incident centered around Romney allegedly holding the scissors to help cut the hair of John Lauber, who was presumed to be gay and who had long hair.

Christine Lauber, who is a few years older than John Lauber, was at college when the alleged incident happened, and said the brother and sister were “doing our own thing” at the time.

When ABC News showed her the story, Christine Lauber’s eyes welled up with tears and she became agitated. She also corrected the story, saying her brother was a boarder, not a day student. She described her brother as a “very unusual person.” “He didn’t care about running with the peer group,” Christine Lauber said. “What’s wrong with that?”

Betsy Lauber, one of John Lauber’s three sisters, spoke with ABC News Tuesday night regarding the accuracy of the story. “The family of John Lauber is releasing a statement saying the portrayal of John is factually incorrect and we are aggrieved that he would be used to further a political agenda. There will be no more comments from the family,” she said.

Romney has since apologized for what he said were “pranks” in high school but has said he doesn’t remember the specific event.

It’s interesting to note that the original WaPo story indicates that they talked to the sisters for the report—“Lauber died in 2004, according to his three sisters”—but didn’t mention that the sisters denied any knowledge of the story until the fifth page of the web version and the third continuation page of a story that put the charges on page A1.*

The funny thing about these stories is that our tendency is to treat denials as a failure to fess up to wrongdoing rather than as the natural reaction of someone who actually isn’t guilty of the offenses of which they’re accused. Now, it’s quite possible that the incident occurred John Lauber simply never told his family about it.  I was an only child but certainly there were all manner of things that happened in high school that I never told my parents about. But the bar has certainly been raised on this story: Romney now deserves the benefit of the doubt absent substantially more corroboration.

The original second sentence said that “the family says the incident never happened,” which was my interpretation of their saying that they were unaware of a story that supposedly traumatized their brother severely and that the ”portrayal of John is factually incorrect and we are aggrieved that he would be used to further a political agenda.” The headline–that they deny knowledge of the incident–is all that we know for sure from their statements. As noted in the back-and-forth in the comments, the two are not synonymous. While I noted in the original analysis that it’s possible that Lauber, who was purportedly struggling with his sexuality at a much less tolerant time, simply didn’t tell his family, it struck me as odd that they wouldn’t have known about such a formative incident even all these years later.

Additionally, the first analytic sentence of the post stated that “the original WaPo story indicates that they talked to the sisters for the report—“Lauber died in 2004, according to his three sisters”—but didn’t mention that the sisters denied any knowledge of the story.” In fact, as Teresa Kopec pointed out to me on Twitter, this is indeed mentioned–on the 5th page of the web version of the story. While this is burying a crucial piece of information at a place where most readers would likely have given up (indeed, I myself didn’t make it that far) they did at least mention it. I appended an update to acknowledge this within five minutes of the original post but several readers apparently stopped reading before getting to it, so I’ve taken the unusual step of correcting the post inline and appending this correction instead. 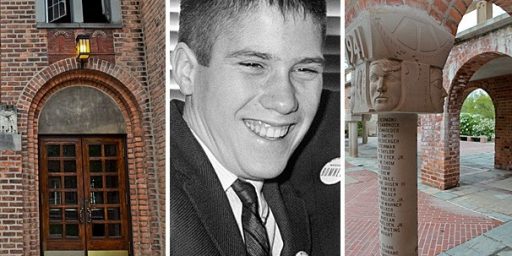