The FCC is looking at re-examination of its sports broadcast rules. The NFL and other sports leagues should do the same thing. 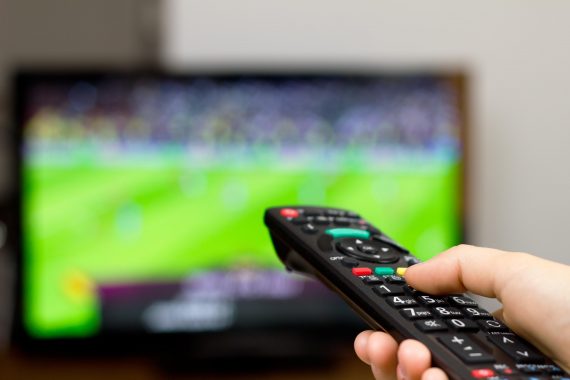 As the current NFL season draws to a close, there are several high profile match-ups this weekend and next that will have a huge impact on the playoff picture going into the New Year. Depending on where you live, you’re unlikely to be able to watch any of those games. Here in Washington, D.C., area, for example, the Fox and CBS offerings consist of Cowboys v. Redskins at 1:00pm and Patriots vs. Ravens at 4:30pm, that’s it. No AFC game at 1:oo to compete with those of us who have pretty much given up on a division that has justly earned the title “NFCLeast” this season. Yes, I suppose that these games are crucial for the playoff hopes, or placement, of the Patriots, Cowboys, and possibly the Ravens, but those aren’t the only interesting games out there and, unless you’re shell out the dollars for something like Red Zone, which doesn’t show complete games anyway, you’re not going to see it.

The reason for much of this, of course, are broadcast rules that require the networks to broadcast certain games in certain areas, and to black out games under certain conditions. The laws, w hich are created both by the terms of the contracts that exist between sports leagues and broadcasters and by FCC regulations that are nearly 40 years old now and date from an era when the main concern was the idea that broadcasting game where there wasn’t a ticket sellout would unfairly cut into team revenue. Given the fact that most sports leagues now make far more money from their broadcast contracts than they do from ticket sales, this seems like a particularly absurd justification. This is why it’s good to see that the FCC is suggestion that it’s time to start looking at doing away with the broadcast rules:

WASHINGTON — The Federal Communications Commission on Wednesday proposed repealing its blackout rule, which for decades has been the bane of sports fans whose ability to watch their favorite team’s home games on television has depended on whether enough of their fellow fans bought tickets to see it in person.

The rule has prohibited cable and satellite television companies from showing sports games in areas where leagues or individual teams require that the games be sold out before they can be shown on television.

Retracting the rule, which was adopted in 1975, would not necessarily prevent all such blackouts, the F.C.C. said. Separate league blackout policies would remain in place for over-the-air broadcasts, though not for cable and satellite companies. If the repeal passes, the leagues would then have to negotiate with cable and satellite companies to keep those games off the air.

The reasoning behind the blackouts — to protect ticket sales, which accounted for most of team revenue when the rule was applied — has all but disappeared in recent years. Money from sponsorships, merchandise and advertising are now big moneymakers, and sold-out games have become more frequent as city populations have grown. Sports like professional football have boomed in popularity and some teams have moved to smaller stadiums.

The five-member commission voted unanimously to open the proposal for public comment, after which the commission will decide whether to do away with the policy. The F.C.C. has also asked Congress if it has the legal authority to repeal the rule, in part bec toause Congress has waived antitrust laws to permit sports leagues to enforce blackouts.

During the 2011 season, only 16 out of 256 regular-season games were blacked out, the F.C.C. said. And the blackouts occurred in just four cities: Buffalo, Cincinnati, San Diego and Tampa, Fla.

The N.F.L. opposes the blackout repeal, as do broadcasters. In a filing with the F.C.C. last month, the league said the rule “supports and reinforces” its ability to ensure that local fans can see games “without having to buy a pay-TV service.”

This is, of course, the same NFL moved it’s Monday night game to eight years ago, and which now regularly broadcasts a game on Thursday nights on its own cable network, which is quite often only available if you have a higher-end cable package. Granted, many of these games end up being broadcast locally on non-cable stations, but if you happen to be a fan of a certain team that lives outside of that local area, you’re going to be out of luck unless you have cable and can get ESPN and/or The NFL Network. Additionally, as noted, the NFL now offers a premium service that is only available on cable. So, talking about the alleged importance of making sure fans don’t have to “buy a pay-TV service” as justification for continuing to support the FCC rule, as the NFL suggests, is really quite absurd now that the NFL itself broadcasts extensive content on those same “pay-TV” services.

Furthermore, while basing blackout rules on ticket sales may have made sense due to the fact that the NFL had yet to fully become the national economic powerhouse that it is today, it hardly makes sense today. First of all, as noted, the vast majority of NFL games don’t even end up being subject to the rule anymore because many teams sell out every game they play at h0me. Secondly, when it does happen it that a game isn’t sold out, it’s usually because fans are so frustrated with the quality of play from their home team that they don’t bother to invest in the time and money necessary to attend a game. Finally, given the astronomical increases in ticket prices in the NFL, and other sports, it’s really quite laughable to suggest that these blackout rules that bar fans from seeing a game if there isn’t a sellout are in any way helping fans enjoy the game more. If anything, all the rules are doing now is punishing the fans who are unable to afford the cost of taking a family of four to a game. Given the fact that the NFL would make money even if the blackout rule didn’t exist, it’s hard to see any justification for it anymore.

It’s good to see the FCC re-examining its blackout rules, a re-examination which will hopefully see a re-examination of rules that are clearly out-dated. That’s just the first step would be a re-examination of the rules that are part of the NFL’s broadcast contracts so that networks would have more freedom to broadcast potentially interesting games rather than blacking them out in certain areas because of “home territory” rules. Obviously, a home team’s game should get priority over other games in its local area, but there’s no logical reason why Fox shouldn’t be able to broadcast a 4:30 game in the D.C. area game today, or why CBS shouldn’t be able to broadcast a 1:oopm game, just because the area falls within the “home” area of the Redskins and Ravens. In thnoe end, wouldn’t offering fans more football to watch be a good thing, both for the broadcasters and for the league, not to mention the fans?

Here’s the notice from the FCC regarding the proposed rule change: