The latest forecast from the Federal Reserve foresees stagnant growth and high unemployment for the next two years. 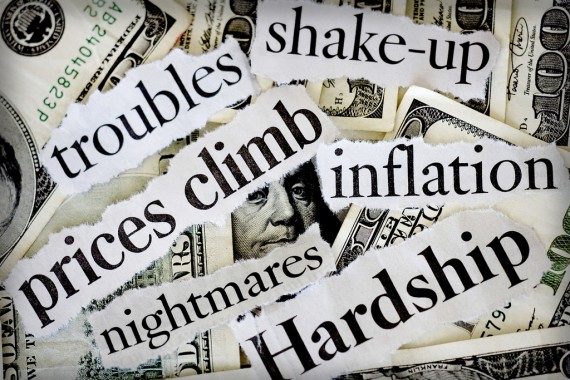 Assuming the latest forecast from the Federal Reserve is accurate, the recovery from the 2008-09 recession is going to be very meager indeed:

The Federal Reserve slashed its outlook for the U.S. economy for this year and 2011 and projected that it could take several years for the economy to return to health.

According to minutes from the Fed’s November 3 meeting released Tuesday, more than half of the central bank’s policymakers thought it would take about five or six years for unemployment, growth and inflation to return to more normal levels. Other Fed members warned the full recovery could take even longer than that.

The Commerce Department reported Tuesday that the economy grew at a 2.5% rate in the third quarter, up from 1.7% in the second quarter but well below the increase of 3.7% in the first three months of the year.

The central bank also said the unemployment rate is now expected to average out between 9.5% and 9.7% this year. The jobless rate was 9.6% in October.

The Fed also indicated it expects unemployment to only drop to between 6.9% to 7.4% by 2013. To put that into context, the unemployment rate was 4.6% in 2007, the last year before the recession.

This is bad news all around.

Economically, it’s fairly clear that we’re not going to be anywhere near the level of economic growth needed to replace the jobs that were lost in the “Great Recession.” Slow growth also makes the economy more vulnerable to the unknown, whether it be domestic or foreign in origin, that could send the economy back into recession.

Politically, it sets up an interesting scenario for 2012. If the Fed’s forecast is generally accurate, then we would be in the middle of a modest recovery by the time the 2012 General Elections roll around. It wouldn’t be much of one, though, if unemployment rates are still in the 8% range when people are heading to the polls. Ordinarily, a growing economy inures to the benefit of the incumbent, but one can already see the GOP putting together a “Where Are The Jobs?” ad to point out the lack of job growth over the previous two years. The other unknown factor is what the attitude of the public will be two years hence. If vast numbers of the American people continue to believe that the nation is on the wrong track, regardless of what the economic statistics say, then who knows what the impact on the political climate will be.

Suffice it to say, though, that this new from the Fed makes it rather clear that happy days will not be here again for some time to come.