Whoever was in charge of background graphics at Fox News apparently confused Fox News employee Sarah Palin with her doppelganger: 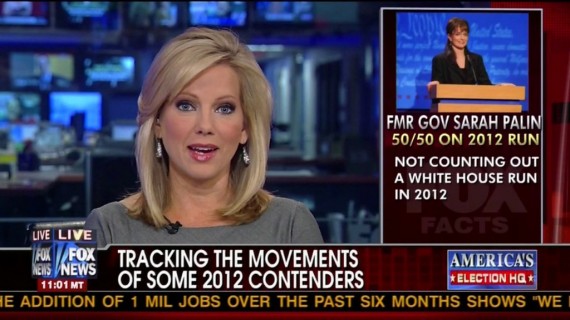 The photo behind the post is clearly Tina Fey during one of her SNL sketches: 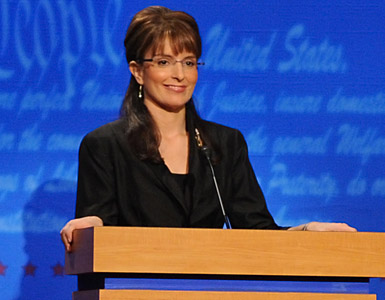