George Will: Vote Democrat in November

The dean of conservative columnists argues that the Republican Congress must be taught a lesson. 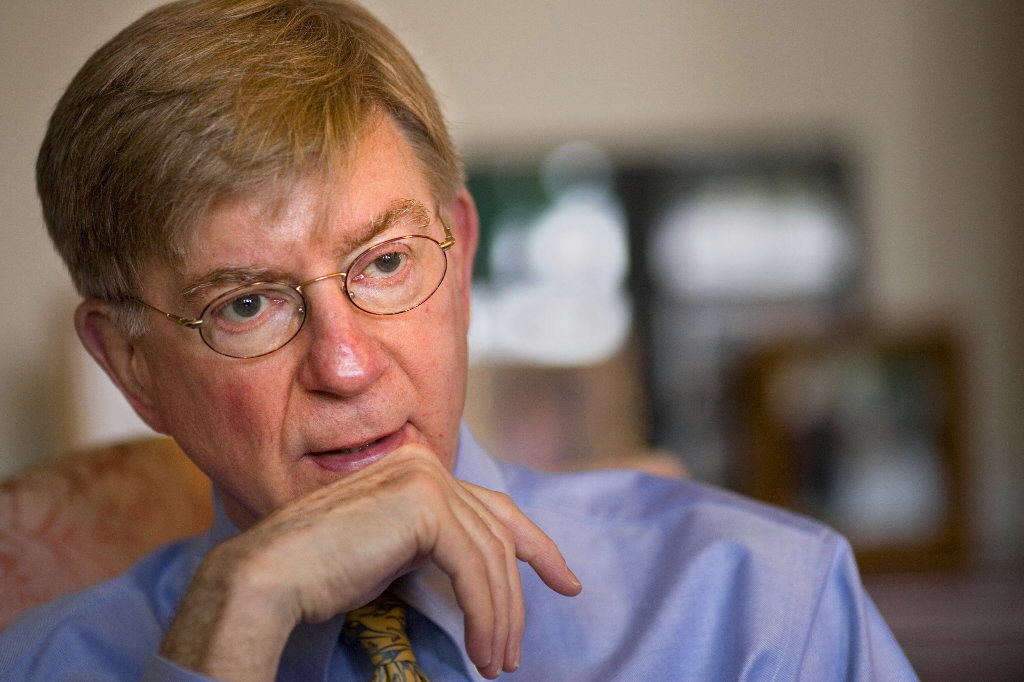 In a column titled, ”Vote against the GOP this November,” the longtime conservative commentator turns on his erstwhile party.

Amid the carnage of Republican misrule in Washington, there is this glimmer of good news: The family-shredding policy along the southern border, the most telegenic recent example of misrule, clarified something. Occurring less than 140 days before elections that can reshape Congress, the policy has given independents and temperate Republicans — these are probably expanding and contracting cohorts, respectively — fresh if redundant evidence for the principle by which they should vote.

The principle: The congressional Republican caucuses must be substantially reduced. So substantially that their remnants, reduced to minorities, will be stripped of the Constitution’s Article I powers that they have been too invertebrate to use against the current wielder of Article II powers. They will then have leisure time to wonder why they worked so hard to achieve membership in a legislature whose unexercised muscles have atrophied because of people like them.

Consider the melancholy example of House Speaker Paul D. Ryan (Wis.), who wagered his dignity on the patently false proposition that it is possible to have sustained transactions with today’s president, this Vesuvius of mendacities, without being degraded. In Robert Bolt’s play “A Man for All Seasons,” Thomas More, having angered Henry VIII, is on trial for his life. When Richard Rich, whom More had once mentored, commits perjury against More in exchange for the office of attorney general for Wales, More says: “Why, Richard, it profits a man nothing to give his soul for the whole world . . . But for Wales!” Ryan traded his political soul for . . . a tax cut. He who formerly spoke truths about the accelerating crisis of the entitlement system lost everything in the service of a president pledged to preserve the unsustainable status quo.

Ryan and many other Republicans have become the president’s poodles, not because James Madison’s system has failed but because today’s abject careerists have failed to be worthy of it. As explained in Federalist 51: “Ambition must be made to counteract ambition. The interest of the man must be connected with the constitutional rights of the place.” Congressional Republicans (congressional Democrats are equally supine toward Democratic presidents) have no higher ambition than to placate this president. By leaving dormant the powers inherent in their institution, they vitiate the Constitution’s vital principle: the separation of powers.

Quite right. On the late, likely unlamented, OTB Radio, Dave Schuler frequently noted that we had combined the worst features of separation of powers and parliamentary rigor. Even a decade ago, Congressional Democrats tended to vote lockstep against President George W. Bush and Congressional Republicans tended to vote lockstep with him. The phenomenon got much worse under President Obama and worse still under President Trump. There are a variety of reasons for this, mostly having to do with the purge of moderates from both parties, but the effects have been disastrous.

While Trump is enormously unpopular overall, he’s as popular with his party’s loyalists at this point in his presidency as Bush and Obama were. And, frankly, he’s much more ruthless and effective than they were in punishing dissenters. It thus takes an enormous groundswell of public sentiment, such as happened in the backlash against caging innocent children, to get Congressional Republicans to show any spine at all.

Will closes with this:

In today’s GOP, which is the president’s plaything, he is the mainstream. So, to vote against his party’s cowering congressional caucuses is to affirm the nation’s honor while quarantining him. A Democratic-controlled Congress would be a basket of deplorables, but there would be enough Republicans to gum up the Senate’s machinery, keeping the institution as peripheral as it has been under their control and asphyxiating mischief from a Democratic House. And to those who say, “But the judges, the judges!” the answer is: Article III institutions are not more important than those of Articles I and II combined.

It’s interesting to me that, despite my headline, Will doesn’t explicitly say to “vote Democrat.” The headline, which he likely didn’t write, says “vote against the GOP” and the text doesn’t quite move beyond the passive voice of the “congressional Republican caucuses must be substantially reduced.” The closest we get is “to vote against his party’s cowering congressional caucuses.” In what’s effectively a two-party system, “vote Democrat” is the only logical alternative.

But, as Joshua Foust and I were discussing on Facebook yesterday regarding this column, Will, while a #NeverTrump guy as early as I was,  never got to the point, as I did kicking and screaming, of actually endorsing a vote for Hillary Clinton. And Will’s previous substantive column before this one, not counting a lovely tribute to his friend Charles Krauthammer, was an essay endorsing 72-year-old Bill Weld as the Libertarian Party nominee for 2020. That’s a half-measure, suitable only for those who live in states whose outcome is simply not in doubt.