America's obsession over the fate of the Burlington Coat Factory in Lower Manhattan, and a general rise in anti-Islamic rhetoric, plays right into the hands of the people that are actually our enemies. 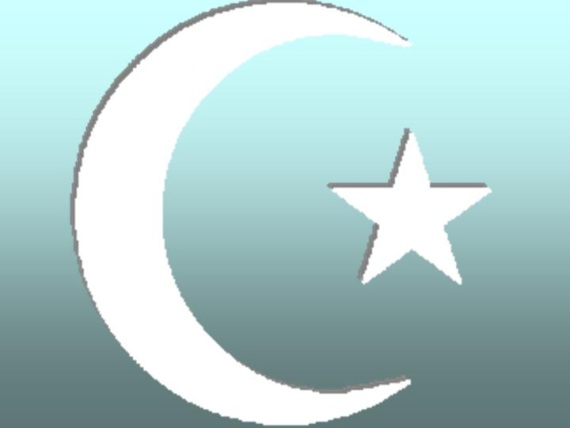 While America spends August engaged in a rather bizarre debate about land use in Lower Manhattan, some are saying that the rhetoric surrounding the Park51 community center/mosque project, as well as other protests against mosques elsewhere in the United States, is exactly what those who would use Islam as a rallying cry for terrorism want to hear:

WASHINGTON — Some counterterrorism experts say the anti-Muslim sentiment that has saturated the airwaves and blogs in the debate over plans for an Islamic center near ground zero in Lower Manhattan is playing into the hands of extremists by bolstering their claims that the United States is hostile to Islam.

Opposition to the center by prominent politicians and other public figures in the United States has been covered extensively by the news media in Muslim countries. At a time of concern about radicalization of young Muslims in the West, it risks adding new fuel to Al Qaeda’s claim that Islam is under attack by the West and must be defended with violence, some specialists on Islamic militancy say.

“I know people in this debate don’t intend it, but there are consequences for these kinds of remarks,” said Brian Fishman, who studies terrorism for the New America Foundation here.

He said that Anwar al-Awlaki, an American-born cleric hiding in Yemen who has been linked to several terrorist plots, has been arguing for months in Web speeches and in a new Qaeda magazine that American Muslims face a dark future of ever-worsening discrimination and vilification.

“When the rhetoric is so inflammatory that it serves the interests of a jihadi recruiter like Awlaki, politicians need to be called on it,” Mr. Fishman said.

Evan F. Kohlmann, who tracks militant Web sites at the security consulting firm Flashpoint Global Partners, said supporters of Al Qaeda have seized on the controversy “with glee.” On radical Web forums, he said, the dispute over the Islamic center, which would include space for worship, is lumped together with fringe developments like a Florida pastor’s call for making Sept. 11 “Burn a Koran Day.”

“It’s seen as proof of what Awlaki and others have been saying, that the U.S. is hypocritical and that most Americans are enemies of Islam,” Mr. Kohlmann said. He called the anti-Islam statements spawned by the dispute “disturbing and sad” and said they were feeding anti-American sentiment that could provoke violence.

While this argument does make a certain amount of sense, Daniel Drezner is among those who thinks that “this will help the terrorists” arguments should be abandoned:

You know what? Let the terrorists win.

…I’m getting really sick of “the terrorists will win” line of criticism being levied against those wishing to prevent construction of the mosque.

You know, I remember oh so many years ago the constant use of “if you say X, or criticize policy Y, or challenge official Z, then the terrorists win” kind of discourse.  It was horses**t then, and it’s horses**t now.  I’ll be damned if I’m going to see debate in the United States circumscribed because of fears of how Al Qaeda will react.

I’m not sure that anyone is saying that debate should be circumscribed, but I do think it’s fair to point out that how we treat Muslims, or Islam in general, here in the United States can become a potential rallying cry for those who would do us harm:

Dalia Mogahed of the Gallup Center for Muslim Studies said the outcry over the proposed center “plays into Awlaki’s arguments and Osama bin Laden’s arguments” by suggesting that Islam has no place in the United States.

She said that extreme anti-Muslim views in the United States ironically mirror a central tenet of extreme Islamists: “That the world is divided into two camps, and they’re irreconcilable, and Muslims have to choose which side they’re on.”

Ironically, there is a striking, often distressing, similarly between al-Awlaki’s insane ranting that Muslims in America are under threat of persecution and what you hear from Americans like  Pamela Geller and Robert Spencer who have made themselves known as leaders of the “anti-Islamization” movement, and who have allied themselves with far-right Dutch politician Geert Wilders, who’s been known to say things like this:

Wilders is best known for his criticism of Islam, summing up his views by saying, “I don’t hate Muslims, I hate Islam”.[61] Although identifying Islamic extremists as a small 5–15% minority of Muslims,[77] he argues that “there is no such thing as ‘moderate Islam'” and that the “Koran also states that Muslims who believe in only part of the Koran are in fact apostates“.[58] He suggests that Muslims should “tear out half of the Koran if they wished to stay in the Netherlands” because it contains ‘terrible things’ and that Muhammad would “… in these days be hunted down as a terrorist“.[81]

On 8 August 2007, Wilders opined in an open letter[82] to the Dutch newspaper De Volkskrant that the Koran, which he called a “fascist book”, should be outlawed in the Netherlands, like Adolf Hitler‘s Mein Kampf.[83] He has stated that “The book incites hatred and killing and therefore has no place in our legal order”.[84] He has also referred to Mohammed as “the devil“.[23] In September 2009, he made a public speech advocating a €1000 a year ($1500) excise tax on wearing headscarves.[85]

He believes that all Muslim immigration to the Netherlands should be halted and all settled immigrants should be paid to leave.[61] Referring to the increased population of Muslims in the Netherlands, he has said:

Take a walk down the street and see where this is going. You no longer feel like you are living in your own country. There is a battle going on and we have to defend ourselves. Before you know it there will be more mosques than churches![86]

The rhetoric of Wilders, Geller, and Spencer is repeated by Fox News hosts like Sean Hannity, politicians like Sarah Palin, Newt Gingrich, and Rudy Giuliani, and echoed in anti-mosque protests in Lower Manhattan, but also in Staten Island, Florida, California, Wisconsin, and Tennessee. Is it really that hard to believe that this rhetoric makes it’s way around the world to be exploited by men like al-Alwaki who wish to convince their fellow Muslims that the West is at war with them ?

The right in this country has adopted the rhetoric of people who believe that we are in a religious conflict with all of Islam. That isn’t true, but when you start saying we are and people start believing you, it has the potential to become a self-fulfilling prophecy, and that’s a future that nobody should look forward to.