Joe Biden And The Biker Chick 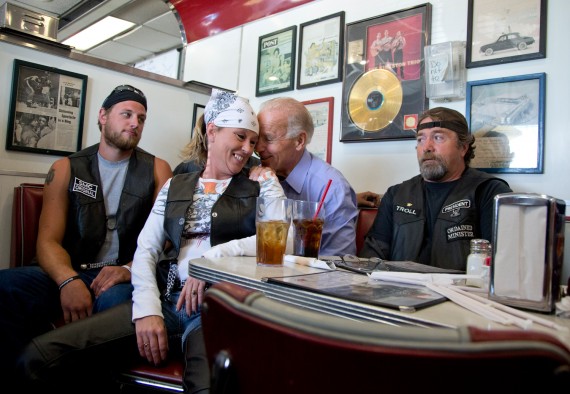 (AP) SEAMAN, Ohio – Vice President Joe Biden was looking to cozy up with voters as he toured Ohio this weekend, but he did not imagine that an Ohio woman would nearly end up in his lap.

Biden was chatting up customers in the Cruisers Diner in southern Ohio Sunday when he met a group of motorcycle riders in black leather vests and bandanas.

A female group member was watching, and Biden waved her over, telling her, “I know who runs the show.”

The woman had no place to sit, so Biden pulled a chair in front of himself and pulled her nearly into his lap.

The two gentlemen sitting with the Vice-President do not seem amused. 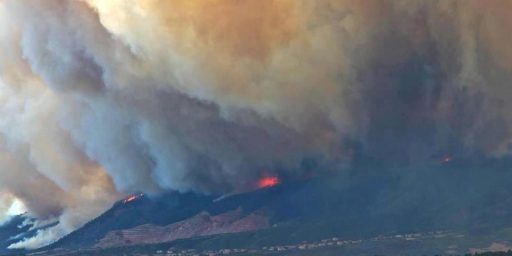 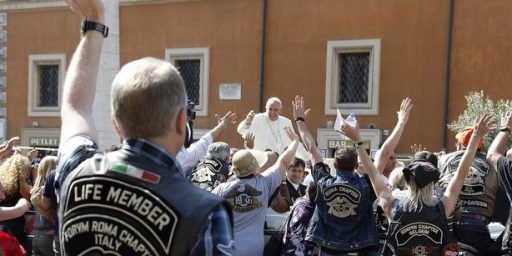