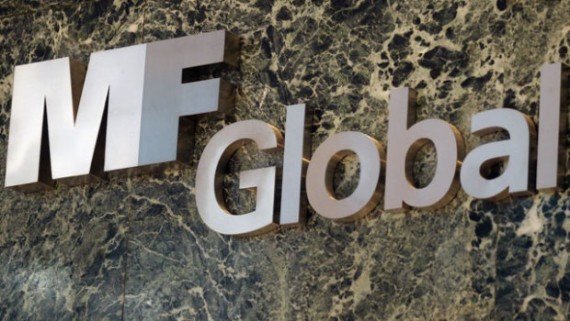 It’s beginning to look like the situation at MF Global is twice as bad as first thought:

The amount of customer money missing from the collapsed trading firm MF Global may be more than $1.2 billion — double previous estimates — the trustee dismantling the firm’s brokerage unit said on Monday.

But the surprise finding, which caught regulators off guard, may be overstated, according to a person briefed on the investigation. Some regulators say they believe that the trustee double-counted $220 million that had been transferred between units of MF Global, this person said.

Still, the much higher number highlights the disarray of MF Global’s records and raises significantly the hurdle for tens of thousands of customers seeking to get their money back. The trustee’s estimate represents a significant portion of customer funds held by MF Global.

Regulators suspect that as investors and customers fled MF Global in the last week of October, the firm used some of the customer money for its own needs — violating Wall Street rules that customers’ money be kept separate from the firm’s funds. Much of that money may never return.

Now the challenge has grown for investigators trying to determine exactly what happened in those last frantic days. Just days ago, investigators believed that they were closing in on what they thought was about $600 million in missing customer funds, according to people briefed on the matter. Regulators were relying on estimates from the firm and the CME Group, the exchange where MF Global did most of its business.

But after weeks of reconstructing MF Global’s books, forensic accountants from Deloitte and Ernst & Young working for the trustee concluded that the account shortfall was much greater than originally estimated. Regulators have yet to verify the new numbers. While they are expected to raise their estimate above $600 million, it is unlikely to reach the trustee’s $1.2 billion figure.
Kent Jarrell, a spokesman for the trustee’s office, stood by that figure, but he noted that it was preliminary.

It is unclear what was behind MF Global’s original lower estimates. Some authorities chalk up the inaccuracies to the firm’s sloppy bookkeeping, and only slowly discovered additional holes in customer funds over the last three weeks.

The search for MF Global’s missing money has consumed a growing number of authorities, including the Federal Bureau of Investigation and federal prosecutors in New York and Chicago.

Meanwhile the former head of MF Global, who also happens to be former Governor and Senator Jon Corrzine, hasn’t been seen in public since this whole thing started.