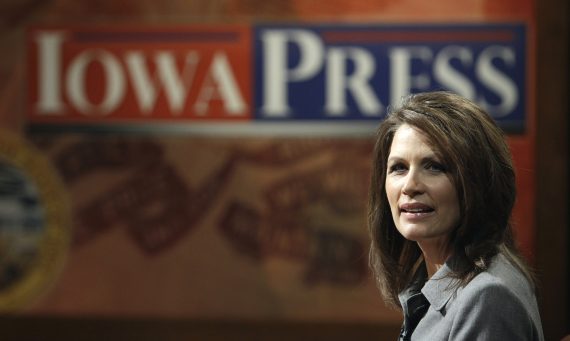 Rep. Michele Bachmann, R-Minn., is seen on the set before the taping of Iowa Public Television’s Iowa Press, Friday, May 27, 2011, in Johnston, Iowa. The three-term congresswoman will announce her 2012 plans as soon as next week, and advisers describe her as inclined to get into the race for the Republican presidential nomination. (AP Photo/Charlie Neibergall)