Newt Gingrich: Let’s Make Everyone Pass A Test Before They Can Vote 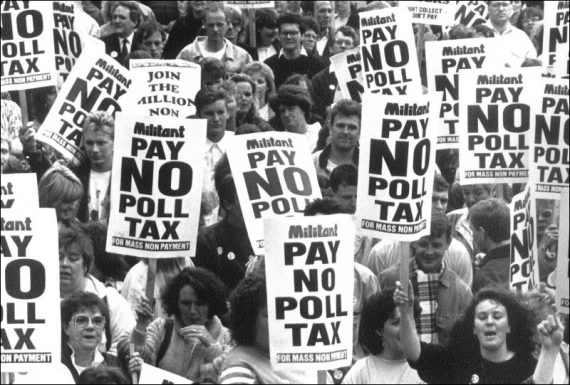 Via Matthew Yglesias, comes this excerpt from a recent Newt Gingrich speech that pretty clearly calls for a return of the kind of “poll tests” that were used in the South before the Voting Rights Act of 1965

“You know, folks often talk about immigration. I always say that to become an American citizen, immigrants ought to have to learn American history. [applause] But maybe we should also have a voting standard that says to vote, as a native born American, you should have to learn American history. [applause] You realize how many of our high school graduates because of the decay of the educational system, couldn’t pass a citizenship test.”

Even Tea Party favorite Cong. Allen West recognizes this as an absurd idea:

KEYES: Over the weekend, presidential contender Newt Gingrich came out and said he’d like to see some sort of poll test, throwing out the idea that maybe voters ought to have a certain standard knowledge of American history in order to be able to vote. What are your thoughts on that?

WEST: That’s going back to some times that my parents had to contend with. […] I think that we need to do a better job educating our young men and women in school, but we don’t need to have a litmus test, no.