President Obama believes the North Korean attack on Sony was "an act of cyber vandalism" rather than "an act of war." 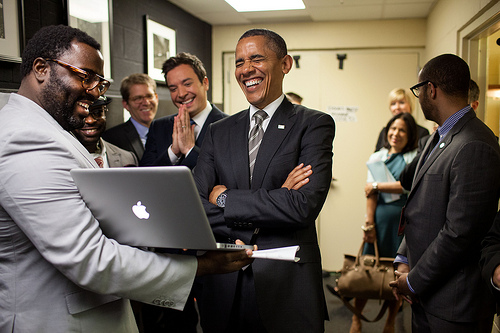 President Obama believes the North Korean attack on Sony was “an act of cyber vandalism” rather than “an act of war.”

“It was an act of cyber vandalism,” Obama said in an interview with CNN’s Candy Crowley that airs Sunday on “State of the Union.”

But he stuck by his criticism of Sony’s decision to cancel its plans to release the movie “The Interview,” which depicts the cartoonish assassination of North Korean leader Kim Jong Un, after the country threatened attacks against theaters that showed it.

Obama said in a Friday news conference that Sony made “a mistake,” and that he wished the company had called him first. That led Sony executive Michael Lynton to tell CNN that Obama and the public “are mistaken as to what actually happened.” He blamed movie theater companies that opted not to show the film, saying they forced Sony’s hand.

Obama shot back, saying: “I was pretty sympathetic to the fact that they have business considerations that they got to make. Had they talked to me directly about this decision, I might have called the movie theater chains and distributors and asked them what the story was.”

The President told Crowley that his problem wasn’t with Sony specifically, but with the precedent the company’s decision set.

The FBI on Friday pinned blame for a hack into Sony’s computer systems on North Korea. Obama said both foreign governments and hackers outside government present cyber threats that are part of the modern business landscape.

“If we set a precedent in which a dictator in another country can disrupt through cyber, a company’s distribution chain or its products, and as a consequence we start censoring ourselves, that’s a problem,” Obama said.

“And it’s a problem not just for the entertainment industry, it’s a problem for the news industry,” he said. “CNN has done critical stories about North Korea. What happens if in fact there is a breach in CNN’s cyberspace? Are we going to suddenly say, are we not going to report on North Korea?

“So the key here is not to suggest that Sony was a bad actor. It’s making a broader point that all of us have to adapt to the possibility of cyber-attacks, we have to do a lot more to guard against them.”

I may be stunningly naive about how American politics works in our increasingly bifurcated economy. Does the president of Sony really have the president of the United States on speed dial? Is it customary for corporate executives to call up the leader of the free world for advice on product releases? For that matter, given that the story was playing out in real time through the mass media, couldn’t Obama have had someone on his staff ring up Lynton and say, “Hold for the president of the United States, please”? I’m guessing he’d have taken the call. I mean, Obama apparently has time to call up all the theater owners and distributors; why not call Sony first?

But that’s a trifling matter compared to the real public policy matter here: drawing a line between “cyber vandalism” and “cyber war.”

I’ll have to read the full interview transcript but I gather the president is talking here only about the initial server hack. If so, I’d quibble only a bit. While I wouldn’t call a state-supported effort to hack into corporate servers in an attempt to subvert the release of a politically sensitive motion picture an act of war, I’d say it goes well beyond mere “vandalism.” It’s a major crime, but not one that calls for a kinetic military response. To rise to the level of an act of war, a cyber attack would have to be aimed at critical infrastructure (power grids, transportation systems, and the like) or major military systems.

Combining the initial hack with terrorist threats against movie theaters, however, would certainly constitute an act of war if the two are coordinated. If the North Korean government is reasonably believed to be behind the threats against theaters, then I’m absolutely in support of major retaliation from the US government, to include targeted military action if deemed feasible, for precisely the reasons the president laid out.  We simply can’t set a precedent to allow governments of other countries to hack into American systems—even broadly defined to include those whose corporate headquarters are actually Japanese—and hold us hostage with terroristic threats. And it’s not up to our corporations to fight that battle; international relations are fundamentally a government-to-government enterprise.

Yes, our government should urge—if not mandate—higher levels of cyber security for businesses holding sensitive information. Cyber defense is an incredibly complicated and expensive endeavor and requires public-private partnership given that the implications go far beyond the bottom line and reputation of individual corporations. But what’s happened here goes well beyond corporate espionage, much less “vandalism.” Indeed, even if Sony’s servers had remained secure, it’s probable that the terrorist threats against theaters would have been enough to stop the release of “The Interview.” And, again, it’s not up to our movie companies and theater chains to take on that fight.