President Obama's plan to free federal employee pay is getting praised by Republicans but is wildly unpopular among progressive activists. 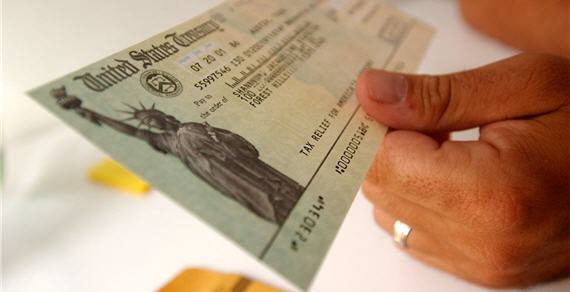 Brian Beutler notes that President Obama’s plan to freeze federal employee pay is getting praised by Republicans but is wildly unpopular among progressive activists (aka “everybody”).

Michael Linden, a budget expert at the liberal Center for American Progress, said the plan is small potatoes that risks driving away valuable civil servants with little budgetary upside. “Bluntly doing it this way, we risk cutting off our nose to spite our face,” Linden said in a phone interview. “We risk not hiring good people, we risk not giving a raise to people who deserve a raise, and we miss not cutting the pay of those who deserve a pay cut.”

Larry Mishel, director of the liberal Economic Policy Institute, was equally blunt. In a statement Mishel warned,”In the context of the deficit, Obama will get chump change from freezing federal pay, and will only enlarge the degree to which federal pay lags that of the private sector (a gap of 22%, according to the federal pay agent’s report).”

This confirms my sense that this was a brilliant political move by Obama.  Indeed, it’s a page right out of Bill Clinton’s playbook:  Take a wildly popular Republican policy plank that you’ll have to give up in negotiations anyway, boldly announce it as your own, and get credit not only for the popular policy but for working with the opposition party.

This is actually right insofar as it goes.  This is a signature Alan Simpson budget cut:  Conceding that you can’t get rational cuts, you just do it across-the-board.  It’s far from ideal but the only way to force savings.

So long as we maintain the 15-level civil service system — and attempts to supplant it in the Defense Department have crashed and burned — there’s not much that can be done.  Ideally, we’d constantly re-evaluate the value of each position and pay them accordingly.  But the reality is that people get tenured into slots, can’t be downgraded into lower paying ones, and bureaucratic fairness means you can’t pay them as, say, GS-13s and then slot others doing the exact same job as, say, GS-10s.

Further, there’s real concern about pay at the top levels.  Certain professionals, notably attorneys, physicians, and the like, are grossly underpaid compared to their civilian counterparts.   Successive Chief Justices have complained bitterly that it’s difficult to get people to take lower level federal judgeships that pay less than the best and brightest graduates make right out of law school.

This is doubly unpersuasive.

First, no one is “taking a hit” here.  We’ve got nearly 10 percent unemployment and something like 20 percent underemployment.  We’re guaranteeing federal workers their current pay levels for two years.  And there’s no inflation to speak of.  So, it’s really hard to feel sorry for the “hit” we’re asking them to take by not getting pay increases.

Second, the wealthiest two percent are paying a grossly disproportionate share of income taxes as it is. The question is whether they should be asked to pay more.   There are good arguments as to why they should, especially given ongoing wars and skyrocketing deficits.  But spending cuts — or, in this case, mere freezes — and tax increases are two different issues.  In one instance, we’re asking people to contribute more of the money they earn to the public weal.  In another, people are asking for a greater share of said weal.

“[This] will only enlarge the degree to which federal pay lags that of the private sector.”

I’m sure there are studies conducted by the federal employees union that claim they’re underpaid.   And there is an argument that they’re paid less than their counterparts in the uniformed services.  (A colonel makes substantially more than a GS-15, for example, even though they hold equivalent “rank.”)

But the fact of the matter is that federal employees make a substantially higher median salary than their private sector counterparts.  While that’s partly explainable by education and training levels, it’s also attributable to unionization, bureaucratic inertia, and the fact that government workers don’t compete with overseas labor and deal with other factors that have driven down wages in the private sector.

There may be arguments in favor of raising private pay rather than capping public pay. But it’s going to be very hard to generate sympathy from those in the private sector making less than their employees with arguments about a pay gap.