Andrew Sullivan posts the first teaser trailer for Star Wars, first aired I would imagine in the Winter of 1976/77.

I don’t think I’ve ever actually seen this before or, if I had, I’d forgotten about it. It’s interesting that, in many ways, the teaser takes on a far more ominous tone than the film ultimately did. 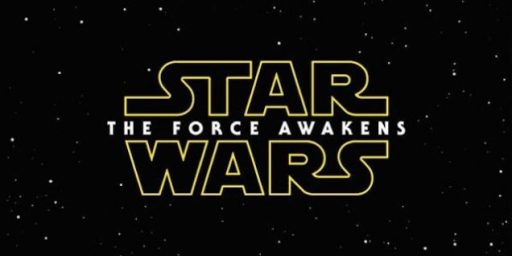 The New Star Wars Trailer Is Out, And It’s Fantastic