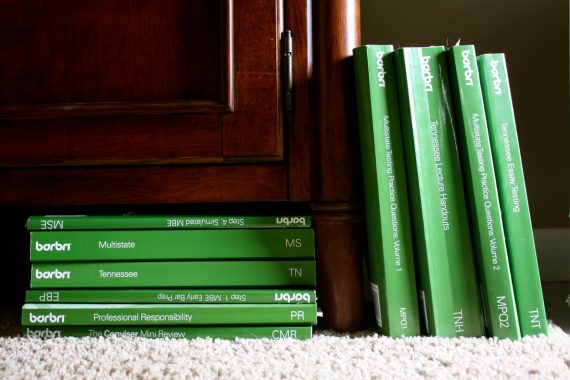 It was Bar Exam week across the United States, that twice-yearly occasion when law school graduates spend two days, or more, in the arduous process of taking the test that will decided whether or not they can practice law. It’s never a fun process and I still have memories of my own trial by fire 18 years ago, but it wasn’t nearly anything like what this woman had to go through:

Before the start of the afternoon session on day two of the Illinois bar exam (Wednesday), the very pregnant [“Mother Bar Exam,” AKA “MBE”] mentioned to the proctors the possibility that she might give birth during the test. She asked if she could leave early in the event that she went into labor; they agreed.

So Mother Bar Exam sat down for the afternoon session of the Multistate Bar Exam (“MBE”). Not long after, she started going into labor — not a little discomfort, but full-on labor..

She continued to answer MBE questions, while in labor. She then finished the exam early, at 4 p.m.

Upon completing the exam, Mother Bar Exam notified the proctors that she was done and needed to leave, seeing as she was, you know, in the middle of giving birth and all. Normally candidates are not allowed to leave the room early, but in this case the proctors accommodated her (especially since she had mentioned the issue to them beforehand).

One proctor was even nice enough to carry MBE’s bag as she walked over to Prentice Women’s Hospital at Northwestern — conveniently located across the street from the testing site. Shortly before 6 p.m., Mother Bar Exam gave birth to a healthy baby boy, via Caesarean section.

Now that, my friends, is impressive.