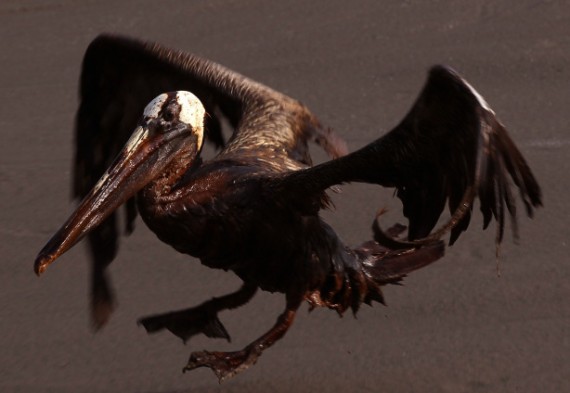 More bad news for the Obama Administration in a new ABC News poll about the Gulf of Mexico oil spill:

By more than a 2-to-1 margin, Americans support the pursuit of criminal charges in the nation’s worst oil spill, with increasing numbers calling it a major environmental disaster. Eight in 10 criticize the way BP’s handled it  and more people give the federal government’s response a negative rating than did the response to Hurricane Katrina.

A month and a half after the spill began, 69 percent in a new ABC News/Washington Post poll rate the federal response negatively. That compares with a 62 negative rating for the response to Katrina two weeks after the August 2005 hurricane.

Partisanship ran in precisely the opposite direction in views of the Katrina response under the Bush administration. Just 41 percent of Republicans rated that response negatively, compared to 64 percent of independents and 79 percent of Democrats.

It’s fairly easy to understand why the public might be rating the response to the oil spill worse than Katrina.

For one thing, we are now in the 50th day since the Deepwater Horizon exploded and the crisis began and there’s still no realistic end in sight to either the undersea oil gusher or the environmental impact from the oil that’s already made it to the surface. More importantly, the oil spill has been the story for each of those past fifty days. For as bad as Katrina was, its immediate impact occurred over a much shorter period of time and by the time Day 50 since landfall came in mid-October 2005, the story was largely out of public consciousness. The longer this story goes on without a resolution, the worse the public mood is going to get.

As I noted on Friday, the oil spill is now the defining moment of Obama’s first term. So far, fairly or unfairly, he’s getting a failing grade. 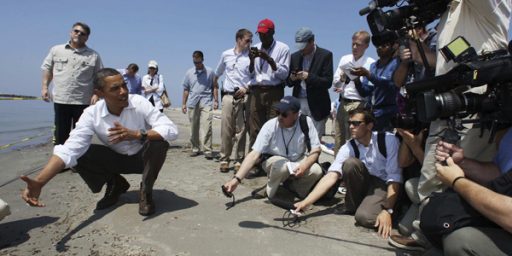