Republicans To Introduce Tax Reform Package By The End Of September

Republicans will introduce a tax package by the end of the month, but whether they can actually pass anything is another question entirely. 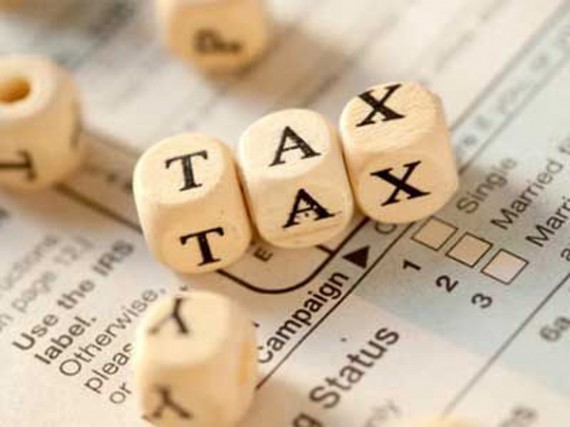 House Republicans say they will release a tax reform package by the end of the month:

The White House and GOP leaders plan to reveal new details of their plan to cut corporate and individual taxes the week of Sept. 25, and they are imploring lawmakers to reach a budget agreement that could smooth its passage, a key lawmaker told his colleagues Wednesday morning.

House Ways and Means Committee Chairman Kevin Brady (R-Tex.) told other House Republicans during a closed-door meeting that they needed to unify or the effort to cut taxes could fail, according to two people in the room.

That was a nod to the GOP’s aborted fight to replace parts of the Affordable Care Act earlier this year, during which the House and Senate tried to pass competing health-care bills, splitting the party and culminating in the effort’s failure. They want a much different outcome in their tax overhaul effort.

Brady told his colleagues that “the stakes are higher than ever that we deliver this year.”

Later in the morning, House Speaker Paul D. Ryan (R-Wis.) left open the possibility that the tax plan would cut government revenue — adding to the government’s budget deficit but potentially averting the need to make tough choices that could leave the legislation tangled in a political thicket.

Ryan, who had spent years blasting Washington policymakers for not doing enough to tackle the deficit and the debt, had earlier pledged a “revenue-neutral” tax bill — one that did not change the amount of anticipated federal income. But the failure of the GOP health-care legislation, which included a nearly $1 trillion revenue cut, has scrambled party leaders’ plans.

The White House released a one-page blueprint in April of the tax law changes it wanted to see, which included slashing the corporate tax rate, simplifying the tax brackets that individuals and families face, and eliminating the estate tax and alternative minimum tax, among other things.

In recent weeks, President Trump has referred publicly to “tax cuts” rather than the “tax reform” Ryan and Brady have discussed. In Wednesday morning tweets, Trump promised “the biggest Tax Cut & Tax Reform package in the history of our country” and urged Congress to move fast.

After the morning House GOP meeting, Brady said that GOP leaders are working with Trump and the White House on the tax bill. Some details will be included in the template set to be released later this month, but the text of the legislation will ultimately be crafted by the House Ways and Means Committee.

“The House will begin with the bill and we will continue to have work to do after the framework is laid out,” Brady told reporters. “The president is all in on this, and not just tax cuts, because that gives us a temporary stimulus, but redesigning the code so we can compete and win anywhere in the world.”

So far, the White House and GOP negotiators have areas of overlap but also areas of disagreement in their tax cut approach.

They each want to cut tax rates and simplify the tax code, but they have not agreed on how much. Republican leaders have dismissed concerns about the lack of information, saying that tax discussion is still in the early stages and details will be worked out by the relevant committees.

The framework to be released later this month would be the first time the White House, House and Senate GOP leaders have issued a joint blueprint for their tax plan. It will have some details but still leave plenty of decisions unresolved, as lawmakers are planning to debate and decide on changes during House and Senate votes.

As is always the case with these matters, the devil will be in the details and in how those details change once the proposal is put forward by Congress. For example, it’s unclear whether the package would consist of the kind of comprehensive reform of the tax laws that we last saw in the late 1980s under President Reagan, or whether it would be more akin to the relatively minor changes we saw under Presidents Clinton and Bush which basically consisted of changes in income tax rates without real comprehensive changes to the tax code itself. Given the fact that it has been more than thirty years since the tax reform package that was passed in 1986, it seems clear that something comprehensive is what is called for, but whether that is politically possible is another question entirely. It’s also unclear whether the bill would consist of changes to individual tax rates, or whether it would include changes to corporate income taxes and other provisions of the tax code that Republicans, and even some Democrats have proposed in the past.

In addition to the structure of the bill, another important factor will be its impact on government revenues and what that could mean for future budget deficits. While Republicans like to point to the Reagan tax cuts as support for the idea that reducing tax rates can lead to increased tax revenue thanks to the fact that the lower rates help to stimulate economic growth, that hasn’t always been the case. Additionally, as we saw during the Regan years, even increased tax revenue doesn’t really have an impact on the budget deficit if it isn’t accompanied by real spending cuts, which is far easier said than done given the fact that the parts of the budget where cuts would actually make a difference such as defense and entitlement spending are essentially political third rails that both Republicans and Democrats will seek to protect. Additionally, it’s unclear that cutting contemporary tax rates would have any real impact on tax revenues at all. While there are points at which cutting high tax rates do lead to revenue increases, it’s not at all clear that cutting tax rates now would have that same impact. After all, it’s called the “Laffer Curve” for a reason. At some point, the return from cutting tax rates as far as economic growth and increased revenues are concerned simply does not exist. As a result, the only way to truly cut the deficit while decreasing tax rates would be to accomplish the largely politically impossible task of cutting programs that enjoy significantly broad support from both parties.

While we’ll have to wait another two weeks for the details of the tax plan, the political situation on Capitol Hill makes it clear that passing any kind of tax package will not be a simple matter. While Republicans will likely be able to get whatever they want to through the House of Representatives, the Senate will be a far different matter. Right off the top, Republicans will have to find a way to make whatever tax package they propose eligible for consideration under reconciliation rules that get around the sixty vote threshold that ordinary legislation would need to achieve to avoid a Democratic filibuster. If they’re unable to do that, then Senate Democrats will have considerable bargaining power over what kind of bill the Senate actually passes. For example, Democrats, and even many Republicans would be unlikely to support any tax package that is perceived as providing larger tax relief for wealthy Americans than the middle-class. Additionally, a tax package that purported to eliminate popular tax deductions such as those for state and local property taxes and mortgage interest would be unlikely to obtain enough votes to succeed in gaining the support of even eight Democrats the GOP would need to get such a package to a final vote. Even if the Senate is able to get the tax package considered under reconciliation rules, though, it’s not clear that they’d be able to get a tax package through on just a simple majority. As we saw with the failed effort to pass a health care form bill, the fact that the GOP has a majority in the Senate doesn’t mean that they can get the agreement needed to pass legislation and if they could it’s unclear that whatever passes the Senate will make it through the House.

Republican leaders on Capitol Hill and the White House appear to be hoping for a final vote on a tax package by the end of the year. The reasons for that are clear, of course. Pushing the debate over tax reform into 2018 only makes it less likely that anything at all will get passed before the midterm elections. As I said, the devil will be in the details. Right now, though, it appears that tax reform will likely be another uphill task for Republicans that could very well end up failing in the end.