The Internet has truly become a global phenomenon over the past seventeen years:

The largest chunk of web surfers now lives in Asia, home to 42% of users in 2012. Europeans also make up a sizeable portion of the global online population, representing 27% of all users. 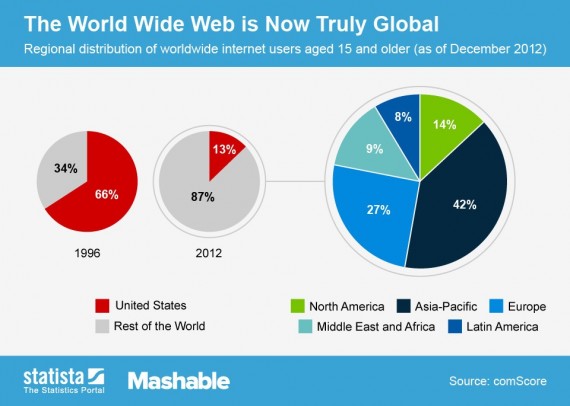 Very much underrepresented in the last chart, of course, is Africa, which accounts for 1/6th of the world’s population 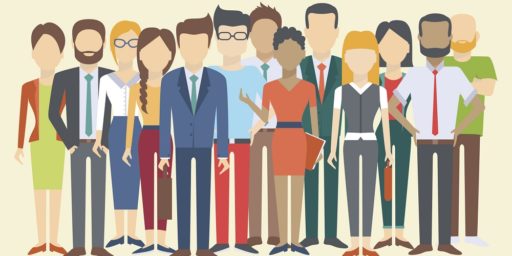