More wackiness from the Republican candidate for Senate in Nevada:

One of the last questioners asked about “Muslims taking over the U.S.,” including a question about Angle’s stance on the proposed mosque near Ground Zero in New York.

“We’re talking about a militant terrorist situation, which I believe isn’t a widespread thing, but it is enough that we need to address, and we have been addressing it,” Angle said.

“Dearborn, Michigan, and Frankford, Texas are on American soil, and under Constitutional law. Not Sharia law. And I don’t know how that happened in the United States. It seems to me there is something fundamentally wrong with allowing a foreign system of law to even take hold in any municipality or government situation in our United States.” 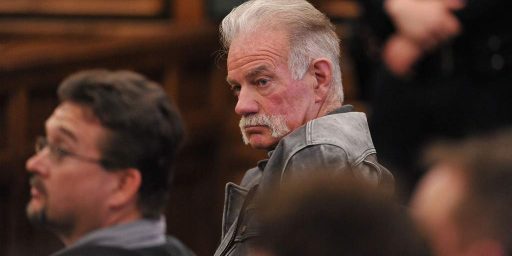