The Beginnings Of Palin 2012

Sarah Palin's Political Action Committee is starting to look more and more like the beginnings of a run for the White House. 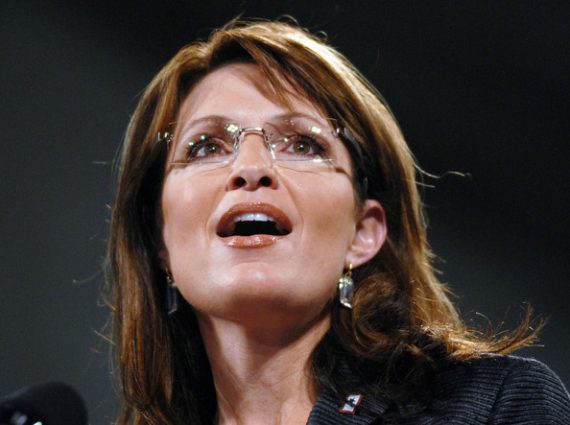 A new campaign finance report suggests what many have suspected for some time, that Sarah Palin is putting together an organization that looks for all the world like the beginnings of a run for the White House:

A new financial report filed Sunday evening showed Sarah Palin’s political action committee has taken its fundraising to a higher level – and suggests that she has begun building a more sophisticated political operation in place of a bare-bones organization powered mostly by her rock star status and scrappy on-line presence.

The report, filed with the Federal Election Commission, shows that Palin’s political action committee raised more money in the second quarter of this year – $866,000 – than it had in any previous three-month stretch since Palin formed the group in January 2009.

The committee, SarahPAC, also spent nearly twice as much – $742,000 – as it had in any previous quarter, the lion’s share of which went to the type of list-building and fundraising (including its first major direct-mail campaign) that typically undergird top-tier political committees. It also reported its biggest-ever round of donations to candidates – $87,50 – and its highest outlays for travel costs, including $17,000 on private jet fare to crisscross the country for high-profile political speaking gigs, and speechwriting. It also showed continued payments for that speechwriting as well as foreign and domestic policy consulting, and its first ever payments to a scheduler.

In short, for the first time since the 2008 campaign when she was the vice-presidential running mate to GOP presidential candidate John McCain, Palin is supported by a political operation befitting someone considering a presidential run.

This report comes just a few days after SarahPAC released a new ad drawing on the “Mama Grizzlies” theme that Palin has been repeating in speeches across this country this year:

Now, personally, this ad does nothing for me. In fact, I find it a little grating. However, you can’t deny that it’s professionally done and that it’s meant to send a message about Palin that seems to be resonating with some parts of the Republican electorate, even though she would likely be the Republican equivalent of Walter Mondale:

Like Mondale in ’84, she would represent to the general election audience of 2012 just about everything they’d rejected in 2008 (and 2006). In nominating her, Republicans would be saying to the country, “We have learned nothing these last four years. We have changed nothing.” Moreover, today’s GOP calls to mind the Democratic Party of ’82 and ’83: an aggrieved, resurgent base asserting itself after an electoral drubbing, believing with all its might that inevitable midterm blues facing the new president mean more than they actually do. That is the environment that produced Walter Mondale in 1984. And it’s the environment that could produce a similar debacle for Republicans in 2012.

And yet, like lemmings about to blindly leap off a cliff, there is a distinct possibility that Republicans will nominate her in 2012 and thus pass up what is shaping up to be an excellent opportunity to retake the White House.

Sarah Palin is giving all the signs of running for President, folks, and the GOP may just be dumb enough to nominate her.