The New “Other Woman” 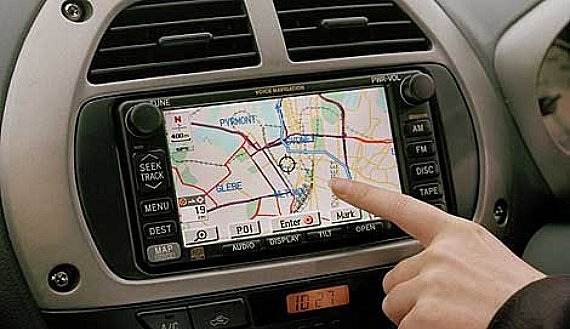 I REMEMBER the first time I noticed. I was driving to Boston from my home in Brooklyn after an extended trip to California. In Los Angeles, the voice of my brand-new portable navigation device had guided me effortlessly through the maze of freeways and road rage like a graceful hostess — unflappable, efficient and with just enough sex appeal to give some sizzle to my protracted absence from my wife. Now, stuck on I-95 in Stamford, Conn., my charming companion had somehow been switched to a stern English schoolmarm.

Who replaced my Angelina Jolie with Margaret Thatcher, I thought. Has someone been snooping around my turn-by-turn directions? And that’s when I realized.

I had fallen for my GPS voice.

And I’m not alone, it turns out. At sites like gpspassion.com and pdastreet.com, the number of lewd comments about the voices of American Jill or Australian Karen seem more suited to a convention of 900-number users. A gay couple I know, meanwhile, had the opposite reaction. They were so turned off by the preinstalled female navigatrix that they switched her for a man’s voice, because “we find the women too judgmental.”

This spring, Gawker published an item about a television actor whose wife caught him alone in his car, enraptured by “the dulcet tones of the automated voice system.”

Has the GPS voice become the new “other woman” in American relationships? Has the seven-year itch given way to the 70 m.p.h. quickie?

Unlike my wife, my GPS voice is completely subservient. She gives me something I want and doesn’t ask anything in return. All I have to do is plug her in every now and then and she’s happy.

Our relationship is all about me.

And therein lies the boon to my marriage. Having someone around whose sole role is to serve me gives me what I want as a man (efficiency and attention) while not threatening what my wife wants as a woman (kindness and equality). With my GPS in the car, both my wife and I are happy. Three’s a charm.

Until the jealousy kicks in, that is.