The Democratic victory in Virginia's legislative elections has revived hopes for advocates of the Equal Rights Amendment, Even if Virginia does become the 38th state to ratify the measure, though, the actual status of the Amendment is exceedingly unclear.

Last week’s Democratic win in Virginia’s off-off-year legislative election has revived hopes for the advocates of the Equal Rights Amendment, but even if Virginia does become the 38th state to ratify the Amendment, it’s not at all clear that it would have any real impact or that the E.R.A. would become part of the Constitution:

Of all the things that Virginia may pass now that Democrats have won control of the state legislature, none have been so long in the making as the Equal Rights Amendment.

First proposed almost a century ago and passed by Congress in 1972, the constitutional amendment — whose main clause reads, “Equality of rights under the law shall not be denied or abridged by the United States or by any State on account of sex” — has sweeping implications.

For women, it would bolster pay equity, domestic violence laws and pregnancy discrimination protections, among many other things. It could also affect men, such as by guaranteeing paid paternity leave equal to maternity leave.

“If we get it to the floor and let people vote, then it will become law,” Gov. Ralph Northam, a Democrat, told reporters on Wednesday. “Virginia will be next in line to pass the E.R.A.”

Advocates, almost giddy in interviews, said ratification seemed more likely than it had at any point in the past 40 years.

“It was so exhilarating,” Carol Jenkins, co-president and chief executive of the E.R.A. Coalition, said of watching the election results come in. “This was first introduced in 1923, so almost a century of someone working to get equality for girls and women in this country, and this is as close as we’ve ever gotten.”

The amendment was ratified by only 35 of the necessary 38 states before a 1982 deadline. Nearly four decades later, in 2017, Nevada became the 36th. In 2018, Illinois was the 37th. Now, Virginia’s incoming Democratic leaders have promised to take it up immediately when the legislature convenes in January — and given that it failed in the Virginia Senate by only one vote when the body was under Republican control, passage is almost assured.

Each of these amendments was ratified roughly within a year or less after they had been submitted to the states, though, so the time period was not an issue in any of those ramifications. In some cases, the language was included in the Amendment itself and in others, it was part of the resolution that Congress sent to the states. With the E.R.A., the resolution that passed Congress in 1972 included a preamble that explains the purpose of the amendment and the text of the proposed amendment itself. Contained within the preamble was the stipulation that the proposed amendment would become “part of the Constitution when ratified by the legislatures of three-fourths of the several States within seven years of its submission by the Congress.”

Unlike the Amendments noted above, things did not go smoothly for the Equal Rights Amendment. By the time of the expiration of the seven-year period set by Congress, the measure had been ratified by 35 states, three short of the number needed for the Amendment to become part of the Consitution. The last such ratification took place in Indiana in 1977 and the Amendment hit a roadblock after that. With the time on the resolution running out, Congress passed a joint resolution that President Carter signed into law that purported to extend the ratification deadline to 1982. That resolution, though, was only passed by a simple majority rather than the two-thirds majority required by Article V of the Constitution and it was unclear at the time if the resolution was even effective. Whether it was or wasn’t turned out to be immaterial, though, since there was no further action by any state between 1978 and 1982. At that point, the Amendment passed into history, seemingly to join the list of failed Constitutional Amendments. In 2017, though, Nevada’s legislature purported to ratify the Amendment, making it the 36th state to ratify the Amendment, and then Illinois joined the list, leading supporters of the Amendment to claim that they were just one state away from ratification. Now, E.R.A. advocates are hoping that Virginia will be the magic 38th state.

All of this leads to the first of several legal issues that a “ratified” E.R.A. would face even if Virginia passes it as expected. There is nothing in Article V of the Constitution that specifically permits Congress to set a ratification deadline in the manner it has done several times in the post World War II era. A court could decide that, given this absence of clear authority to do so, the ratification deadline is of no legal effect, meaning that the E.R.A. would be considered ratified and a part of the Constitution.

Alternately, a court could decide that the ratification deadline set by Congress was legally effective. One argument in favor of that could potentially be the fact that Article V does give Congress the authority to establish the “mode of ratification” for any amendment, although that could arguably be meant to refer to the question of whether the ratification can be done via the state legislatures, or whether it must be done via a state convention process. If a court accepts this argument, then every ratification that took place after 1979 would be invalid since the ratification period had passed.

In addition to the passage of time and the fact that the expiration date, and extension, passed by Congress lapsed some thirty-six years ago, there’s one other complicating factor that throws the issue of ratification into doubt. Going as far back as 1973, there have been four states — Nebraska, Tennessee, Idaho, and Kentucky — whose legislatures have purported to rescind their previous ratifications of the ERA. In the case of the Kentucky resolution, that measure was vetoed by the Acting Governor at the time but it’s unclear if that veto has any legal effect since the Constitution does not require a state’s Governor to do anything when the legislature is considering a Constitutional Amendment. Also unclear is whether or not the attempts of any of these states to rescind their ratifications has any legal effect. The Constitution is silent on the issue, and it is one that has never been litigated. However, if the rescissions are legally effective then it would mean that the number of ratifications would be cut by three or four, meaning that ratification would be either four or five states away rather than just one even if the ratifications by Nevada and Illinois are considered legally binding.

To work around this issue, supporters have argued that Congress would have the power to extend the ratification period retroactively, although it’s not clear at all that any such authority exists in the Constitution. As with the issues of recessions of past ratification and the setting of a deadline for ratification, Article V is silent on the issue. Additionally, if such authority does exist, it is equally unclear if such an extension could be granted retroactively, and whether it would need a simple majority or a two-thirds vote in each chamber to be effective. Again, this is yet another issue that would have to be dealt with by the Courts.

A final legal question revolves around the question of whether or not it is proper to consider ramifications that were passed at the state level as long as forty-six years ago to be legally effective. In response to this argument, of course, supporters could point to the ratification of the Twenty-Seventh Amendment, which included six ratifications that occurred 202 years before the amendment was declared ratified. As noted, though, the validity of that amendment has never been addressed in Court. At the same time, though, one could argue that ratifications that took place nearly a half-century ago cannot be considered to be an accurate reflection of the political reality of the time. Arguably, this is not the type of ratification that the Founders intended. In any case, this is yet another legal issue that Courts will most likely have to decide.

Going beyond all these legal issues, of course, there is the question of whether or not the E.R.A. is even necessary at this point in time. In the forty-six years since Congress first proposed the amendment to the states, there have been significant advances regarding laws regarding gender discrimination both in the courts and in Congress and in the Courts. In most cases, those advances address the inadequacies in existing law that supporters of the E.R.A.cited in their arguments in support of the amendment when it was first proposed. The courts have held in a long line of cases that gender discrimination under the Civil Rights Act of 1964 and the Equal Protection clause of the Fourteenth Amendment can only be justified if it can be shown that the law in question furthers an important government interest via means that are “substantially related” to that interest. Additionally, both Congress and many states have passed laws dealing with specific types of private discrimination such as equal pay, discrimination against pregnant women, and other issues. Given this, one could argue that the E.R.A. is no longer necessary.

All of this means that the actual future of the E.R.A. is very much up in the air regardless of what happens in Virginia and that there would likely be a lengthy legal battle to determine its legitimacy even it if were ratified by a hypothetical 38th state. 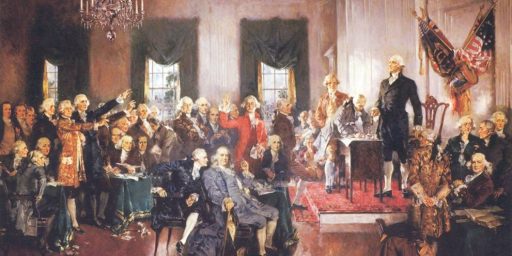