An Example of How Institutions Matter. 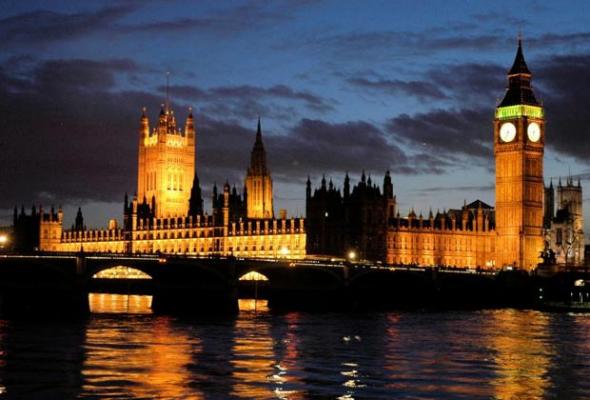 As Doug Mataconis has already noted, British Prime Minister David Cameron suffered a significant loss in a nonbinding vote on intervention in Syria in the House of Commons today.   This is more dramatic than it might sound to an American ear given that the very nature of a parliamentary system means that the PM has a majority of seats in the chamber supporting the cabinet.  As such, PM’s tend to win when they bring items to a vote.

This situation fits within the broad notion of how institutions matter that was raised in my post on reform a few days ago.  Let’s consider a few things.

1.  Institutional Design Affects Policy-Making.  In the separation of powers system of the United States, the president is the commander-in-chief of the US military and is also vested with an array of foreign policy powers.  The nature of these powers lead directly to the ability of the president to act unilaterally in these area.  (But wait! you say:  what about checks and balances?—I will return to that below in point #3).  However, in the fusion of powers system in the UK the PM is directly accountable to the Parliament and has to directly answer its questions and obtain votes of support.

In simple terms:  the institutions in the UK forced a debate and a vote while the institutions in the US make a debate and vote far less likely.  Indeed, all congress could really do at the moment is debate a non-binding resolution directing the president to either bomb or not bomb.  Actually stopping the action would require even more complicated legislative action, given that they cannot issue military orders.  Even a move to defund the operation would not be immediately efficacious.  Indeed, if President Obama were, in fact, hell-bent on the action, there is little that could be done to stop the action.  Further, as we know, the congress has a tendency to weasel out of  these types of hard debates.

2.  Accountability Matters.  We know that public opinion in the US and UK heavily oppose a military strike in Syria.  As such, it stands to reason, at least in the abstract, that in democratically governed countries the leaders would have to listen to the public.  In the UK, the representatives of the people were given the chance to speak (and will get the chance to speak again if another vote is taken next week).  Meanwhile in the US the president could very well order a strike tonight if he so chose, without any consultation whatsoever.

One of the issues that I find troubling about US politics is that politicians are less accountable to the public than we pretend is the case.  (Of course, this goes beyond issues such as this one, but surely the lack of democratic accountability is pretty clear here, yes?).

3.  Age Matters.  By “age” I meant the age of the institutions.  The Framers thought that they were constraining the president in military matters by two mechanisms:  the lack of a standing army (and therefore the need of Congress to have to call one up to fight a war) and the fact that Congress had to declare war (indeed, these are linked issues).  In 1787 it was beyond the realm of reason and imagination that a president could, with a few spoken words, unleash amazing amounts of violence halfway around the world.  Wars were fought on a battlefield between large masses of men with muskets and cannons.  Such conflicts took time to get started and they required extensive planning and logistics.  This has not been the case for some time.  War making has been tilted heavy in the direction of the executive for decades, if not a century or more, and the combination of a standing military (and a massive, globally positioned one at that) and technology has utterly transformed the Framer’s vision for what it means to be commander-in-chief.  There really is not much in the way of an effective check on the president’s war-making powers.  The decades-long unwillingness of Congress to go to the mattresses over the War Powers Act illustrates this as does the recent example of Libya.

Note:  this post was  inspired by a couple of FB posts/comments by my friend and co-author, Matthew Shugart, who commented on the vote at his blog: British MPs say no to Syria attack who noted:

Earlier in the day I was listening to much of the UK Commons debate on whether to attack Syria. I could not help but feel it buttressed the general consensus among most of us in political science who study executive-legislative politics that a parliamentary system is just so vastly superior to America’s presidential one.

As one of those political scientists, I have to say I had similar thoughts earlier today and to re-iterate what I said above:  at least the British are getting a public debate.

Note:  I am not trying to make any specific reform arguments here.  However, I am trying to illustrate the way in which there are real world ramifications that derive from the institutions that govern us.