It’s A Hostage Situation, Not A Political Issue

There’s a guy holding an unknown number of people hostage at Discovery Channel’s headquarters in Silver Spring Maryland. He’s apparently published a manifesto that includes complaints about Discovery programming as well as overpopulation and references to a book he’s read.

And, as Dave Weigel notes, it’s already sparked people on Twitter, cable, and the blogosphere to act as if the acts of a crazed loner have political meaning, starting with a three part reaction:

1) Investigation. Who is this guy? Right and left partisans immediately worry that it’s one of their team (defined loosely — a white liberal might worry that it’s a Muslim radical who’ll prove Frank Gaffney right).

2) Revelation. The identity of the perp is discovered — in this case, we find that it’s an anti-human population activist. Everyone pretends that their previous theories about what might be happening were never really serious.

3) Polarization. The people whose ideology most matches the perp cry loudly that he is crazy and has nothing to do with them. The people whose ideology is antithetical to the perp’s — in this case, conservative skeptics of environmentalism — subtly hint that the perp is too representative of the other team. Oh, sure, they’re not saying that. But every time someone goes crazy on the other side, they get blamed, so it’s only fair.

In 24 hours or so, a few articles will be pitched and sold about the political meaning of the story. Everyone else will forget about it and feel vaguely dirty for having thought so hard about it at all.

Here’s hoping the situation ends peacefully and this guy is put away. Beyond that, turning this into the political story of the day while people are still being held hostage is actually pretty sickening.

Update: Police have confirmed that the suspect has been shot, whether he’s dead or alive is unclear. The hostages are safe. The irresponsible political punditry, however, will continue until further notice. 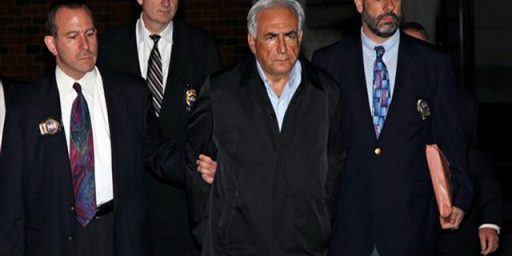 The Odd French Reaction To The Arrest Of Dominique Strauss-Kahn 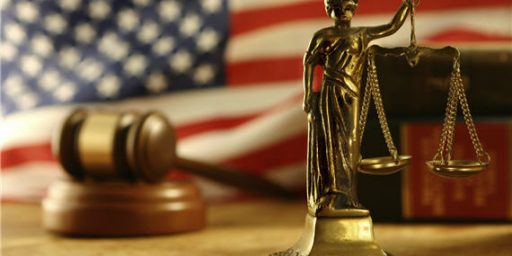