Lots of People do not Understand Parties, Conventions, or Presidentialism 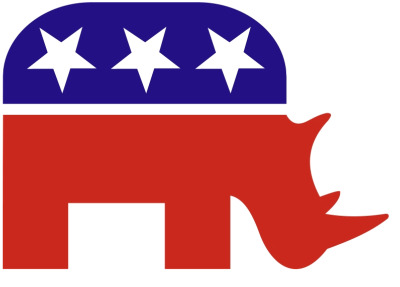 In referencing the convention rules change that James Joyner commented on earlier, Mark Levin states the following on his Facebook page:  Damn it, defeat this RINO power grab!

Conservatives of all stripes, especially Tea Party activists, this is an attempt to destroy your ability to influence the presidential and vice presidential nomination process in the Republican Party.  It is an attempt to eviscerate the input of state parties.  It is a brazen assault on the grassroots.  And it is sleazy to the core.

If I didn’t know better, I’d think Obama was behind it.  Instead, Romney’s operatives are orchestrating it.

One way to look at this is from the perspective of the ongoing purity-test mania in the GOP at the moment (where everything seems to be an Us v. Them dynamic), but I would prefer to focus on more basic analytical points.

1.  The Term itself is Problematic.  I really detest the appellation “RINO” and for one simple reason:  it doesn’t make sense.  The reason it doesn’t make sense is that party labels are “names only” and the meaning of that name varies over time (and even from person to person).  As I wrote almost two years ago:  All Republicans are RINOs (and all Democrats are DINOs).

2.  Levin’s Application is Especially Nonsensical.  The debate over the rules that has Levin all up in arms is one between the party’s nominee on behalf of future nominees versus some factional actors at the local level.  If there is one clear thing that defines an American political party at a given moment in time, it is the party’s presidential nominee.  So, if we are going to be accurate, Romney is the embodiment of the Republican Party until at least early November, so if anyone is actually deviating from the “true” party it is the people Levin thinks might be excluded from the convention.   The mainstream of the party is the faction that can generate a nominee, not those who seek to disrupt the celebration.

4.  The Chance to Influence the Process is Before the Convention.  Levin exclaims:  “this is an attempt to destroy your ability to influence the presidential and vice presidential nomination process in the Republican Party” but while it is true that he convention is the formal nominating body, the reality is that in the modern era (since the early 1970s) we always go into the convention knowing who the nominee will be.  Further, the delegates at that point in the process are no more than props who have a part to play in a pre-ordained drama.  Romney has been the nominee, for all practical purposes, for months and months and no amount of “input of state parties” will alter that fact at this stage of the game.

5.  The Convention is About the Nominee, not the Party.   Yes, it is called the “Republican National Convention” but it is really the “Mitt Romney Infomercial” or the “Romney Pep Rally.”  This is about the nominee and his campaign for the presidency.  It not, first and foremost about the party.  Just ask yourself this:  what is more important, Romney’s official positions or the Party’s platform?  There is a reason the platform committee meets early and is ignored thereafter.

6.  Parties in Presidential Systems are Shaped by Presidents and Nominees for President.  We do not have a parliamentary system wherein parties organize to capture majorities in the legislature and then form governments.  We have a presidential system wherein the main electoral prize is the presidency and the character of the parties are shaped by the persons chosen to run for that office (a topic I noted recently here).  As such, it is hardly shocking that the convention is really about the nominee or that the rules would be changed to empower that nominee.

And, by the way, all this is true of the Democratic convention as well—I am just GOP-focused here because they are current topic of discussion at the moment, for obvious reasons.