The supposed promises made at the Singapore Summit don't appear to be working out in the real world. 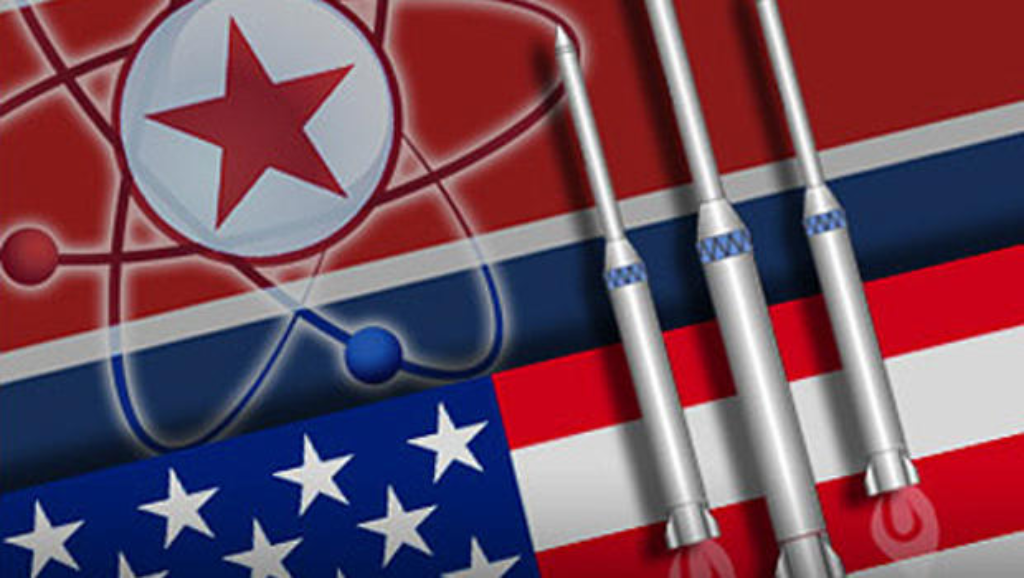 Less than a month after the supposed breakthroughs at the Singapore Photo Op Summit between President Trump and North Korean leader Kim Jong Un, intelligence agencies are reporting that the DPRK has increased nuclear production at several of its ‘secret’ facilities:

WASHINGTON — U.S. intelligence agencies believe that North Korea has increased its production of fuel for nuclear weapons at multiple secret sites in recent months — and that Kim Jong Un may try to hide those facilities as he seeks more concessions in nuclear talks with the Trump administration, U.S. officials told NBC News.

The intelligence assessment, which has not previously been reported, seems to counter the sentiments expressed by President Donald Trump, who tweeted after his historic June 12 summit with Kim that “there was no longer a nuclear threat from North Korea.”

Analysts at the CIA and other intelligence agencies don’t see it that way, according to more than a dozen American officials who are familiar with their assessments and spoke on the condition of anonymity. They see a regime positioning itself to extract every concession it can from the Trump administration — while clinging to nuclear weapons it believes are essential to survival.

The White House did not immediately respond to a request for comment.

In recent months, even as the two sides engaged in diplomacy, North Korea was stepping up its production of enriched uranium for nuclear weapons, five U.S. officials say, citing the latest intelligence assessment. North Korea and the U.S. agreed at the summit to “work toward” denuclearization, but there is no specific deal. On Trump’s order, the U.S. military canceled training exercises on the Korean peninsula, a major concession to Kim.

U.S. intelligence agencies have stepped up their collection against North Korea in recent years, and it appears to be paying off with greater insights into a country that has long been the world’s hardest spying target, officials say. NBC News agreed to withhold some details of the latest intelligence assessment that officials said could put sources at risk.

“There are lots of things that we know that North Korea has tried to hide from us for a long time,” a U.S. intelligence official said.

It’s long been understood that North Korea had at least one undeclared facility to enrich nuclear fuel, aside from Yongbyon, its main nuclear site.

“When North Korea constructed the enrichment facility at Yongbyon in 2009, the North Koreans did so at a pace that suggested this was not their first rodeo, i.e. not the first time they had assembled large cascades of centrifuges,” said Jeffrey Lewis, director of the East Asia Nonproliferation Program for the James Martin Center for Nonproliferation Studies at the Middlebury Institute of International Studies at Monterey.

The latest U.S. intelligence assessment concludes that there is more than one secret site, officials tell NBC News. The question is whether Kim will be willing to admit it.

“This is why people want North Korea to declare all its facilities up front,” said Wit, a former Clinton administration official and senior fellow at the Stimson Center who founded a web site devoted to North Korea, 38north.org.

The intelligence assessment comes on the heels of a report by 38north.com showing that North Korea was continuing to make improvements at its major disclosed nuclear facility at Yongbyon.

“The observed activity appears inconsistent with a North Korean intent to abandon its nuclear weapons programs,” said Bruce Klingner, a former CIA analyst and North Korea expert at the Heritage Foundation. “There seems little reason to continue expansion plans if the regime intended to dismantle them as would be required under a denuclearization agreement.”

As noted, it’s long been suspected that the North Korean nuclear program consisted of far more than just the site that they had disclosed to the public, and which became apparent in any case when it was used as the site for the six underground nuclear tests that were easily observable via seismic readings and other detection methods. The prevailing theory is that these facilities are located somewhere in deep caverns underneath the mountainous region in the northern part of the DPRK. This would be consistent with the Iranian program, a large part of which was, we have learned since the JCPOA went into effect, located in mountainous areas of the country that would have been (or would be) difficult to take out completely even with an intense aerial attack. It’s believed that Pakistan and India did the same thing when they were developing their own nuclear weapons programs.

All of this runs contradictory to what the President claimed at the conclusion of his summit in a series of tweets:

Just landed – a long trip, but everybody can now feel much safer than the day I took office. There is no longer a Nuclear Threat from North Korea. Meeting with Kim Jong Un was an interesting and very positive experience. North Korea has great potential for the future!

Before taking office people were assuming that we were going to War with North Korea. President Obama said that North Korea was our biggest and most dangerous problem. No longer – sleep well tonight!

We save a fortune by not doing war games, as long as we are negotiating in good faith – which both sides are!

As many people who are far more experienced in this field than I, such as Daniel Drezner, observed in the wake of the Singapore summit, it was clear by the conclusion of the rather brief meeting between the President and the North Korean dictator that very little had changed in terms of the realities of the situation in the Korean Peninsula. Indeed, as Drezner noted in his comments immediately after the summit, there’s no evidence at all that the situation in either United States or North Korea had changed significantly:00

Over the long run, Singapore changed none of the fundamentals of the situation. North Korea still has a track record of agreeing to things and then reneging on its agreements. So, for that matter, does Donald Trump. It seems extremely unlikely that a regime that believes its security is intertwined with its nuclear capabilities will surrender them. It seems even more unlikely that hawks such as national security adviser John Bolton are going to roll over and not try to provoke Pyongyang again. Most important, there is no evidence that the fundamental policy preferences of the key actors (North Korea, China, the United States) have changed on this issue.

The Singapore summit produced great theatrics. Beyond that, everything that was said in Singapore could be easily revocable. So embrace the season of conciliatory rhetoric between president Trump and Kim Jong Un. Just realize that even if the rhetoric begins to curdle, the fundamental situation will not have changed all that much.

In other words, notwithstanding the claims of the President and his supporters, there was basically no substance to what came out of the summit in Singapore, and when it was concluded there was still plenty of doubt ahead on whether or not anything of substance will result from all of this. In part this is the case because the United States and North Korea clearly have very different ideas of what “denuclearization” means and nothing that happened at the summit changed those different understands. It’s also worth noting that everything the North Koreans have supposedly agreed to exactly the same things they agreed to in Singapore multiple times in the past, such as in 1985, 1992, 1994, 2002, 2003, 2005, 2006, 2008, 2010, 2011, 2012 and 2016. Each of these pledges was either a lie or proved to be entirely fruitless. Only someone who is incredibly naive would believe without evidence, as the President is asking the rest of us to do, that this time is any different. Perhaps this time will be different, but it’s going to take a lot more than smiles and mutual praise to change that.

In any case, as I’ve said before, the idea that the DPRK is ever going to completely give up its nuclear weapons program is incredibly naive and defies logic. The lessons of recent history, arising out of the different treatment of nations such as Iraq and Libya compared to, for example, Iran, Pakistan, and India, makes it clear that nations that voluntarily give up a deterrent force such as nuclear weapons are essentially signing their death warrants. No amount of “security guarantees” that the United States and South Korea might be willing to give to the Kim regime are going to match the guarantees that come with actually possessing a credible, albeit small, nuclear weapons arsenal. This latest news is seeming proof of that, as well as being proof of the fact that very little actually changed in Singapore.