Don't expect the Federal Government to push for DUI reform. 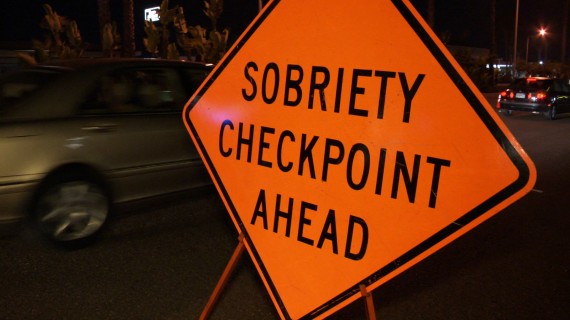 Back in May, the National Transportation Safety Board had issued a recommendation that the blood alcohol level required for one to be considered legally intoxicated while driving be lowered to .05 from its current .08 level. As I noted at the time, there wasn’t  much enthusiasm for the NTSB’s recommendation at the time it was made even from groups that have been traditionally the most vehement in campaigning against drunk driving. In the time since the recommendation was issued, there has been much resistance to the recommendation from the states that would have to enact and and enforce the new law, thus making the prospect of immediate change quite unlikely. Outside of state action, of course, the Federal Government could attempt to force the states to make the change that the NTSB recommended by, for example, making receipt of federal highway funds contingent on lowering the BAC level. This, you may recall, is how recalcitrant states were “convinced” to lower their BAC limit to .08 in the late 1980’s. In South Dakota v. Dole, the Supreme Court upheld this practice as a permissible use of the Federal Government’s Spending Power. Given recent comments by Anthony Foxx, the new Secretary of Transportation, it doesn’t look like the Federal Government will be jumping on this particular bandwagon:

Don’t look for DOT to lead the charge in embracing an NTSB recommendation to lower the blood-alcohol limit for drunken driving.

Transportation Secretary Anthony Foxx said Thursday that if anyone’s going to take the lead on lowering the limit to 0.05 percent, it should be the states.

“To the extent that states adopt measures to lower the limit, that would give us the basis to study the data and to understand the impacts nationwide,” Foxx said at an event announcing the Transportation Department’s annual Labor Day crackdown on drunken drivers.

Even Mothers Against Drunk Driving was lukewarm on the issue.

“MADD is laser-beam focused on what will save the most lives,” the group’s national president, Jan Withers, told POLITICO after the event. For Withers, that includes installing interlock devices in cars to prevent convicted drunken drivers from getting behind the wheel while intoxicated a second time, and vigorously enforcing current laws — not necessarily embarking on another legislative crusade.

I noted some of the concerns with lowering the BAC limit even further in my initial post on this subject. Essentially, it strikes me that the further we lower the BAC limit, while at the same time making the penalties for during under the influence more severe, we end up punishing people who may not necessarily deserve punishment. Instead of investing resources on someone who had, maybe, two or three beers before getting in the car, it strikes me that it would be better to focus law enforcement resources on catching the truly irresponsible drunk drivers, the one who routinely blow far above even today’s .08 limit, continue to drive even after their license has been suspended, and tragically cause death and injury to innocent people.

Moving the limit from .08 to .05 essentially means that we’d be changing the law so that instead of being arrested for sniffing a beer as you head for the car, you’ll be heading to jail if you look at a beer. These arbitrary laws have been problematic since the beginning, not because we shouldn’t stop people from driving when they are impaired beyond the ability to safely operate a vehicle, but because they are implemented so flatly. Different people respond in different ways to the chemical stimulous of alcohol. Since body weight has such a huge influence on how much of a dose you can handle – in terms of a raw count of number of ounces – the idea of a percentage of blood content was supposed to address that. And it does, to some extent. But when you approach the “gray line” of the limit, some people are going to already be impaired while others may be just fine.

Lowering the limit even further will simply catch up more people who might have complete control of themselves under a law intended to catch the truly irresponsible and dangerous.

Some of the more radical activists against drunk driving have suggested that any amount of alcohol in a person’s blood should be grounds or a DUI charge. That, of course, is completely absurd. For one thing, it’s rather obvious that there are amounts of alcohol that can be consumed without having any real impact on driving ability. For another, it would be a tremendous burden on police and court resources to prosecute everyone that fell into this trap. Instead, as I noted, we ought to be concentrating on serious offenders as well as taking a look at other forms of impaired driving that don’t involve the consumption of alcohol at all, and which can be just a deadly under the proper circumstances.

Perhaps some states will adopt a .05 limit in the future. Colorado, for example, already has a law which provides that someone who has a BAC between .05 and .08 can be charged with an offense called “Driving While Ability Impaired.” [PDF] However, the penalties for that offense are far less than they would be for the “Driving Under The Influence” charge that could be brought if they blow above .08. A first offense DUI in Colorado, for example, leads to at least a nine month suspension of one’s driver’s license. A first offense DWAI, on the other hand, leads only to eight points on one’s driver’s license with no suspensions, although there are fines, community service, and possible jail time associated with a conviction. Subsequent convictions, for either DWAI or DUI lead to far more serious consequences. Perhaps this is the path that other states should follow. Rather than making a BAC between .05 and .08 additional grounds for a DUI charge, a slightly less serious offense could be created that, hopefully, would serve as a warning and a lesson to people who might be in danger of more serious impaired driving in the future. That would seem to be a much better approach than the iron fist approach that lowering the DUI limit seems to be and, indeed it would be helpful to see some data from Colorado about how DWAI arrests and convictions have influenced driving behavior.

At the very least, though, it’s clear that we won’t be seeing a massive push for DUI law reform in the near future. The states don’t seem all that interested in it, and the Federal Government has other things to worry about.