Speaking of the Popular Vote…

Some examples from 2018 of the problems with single seat districts. 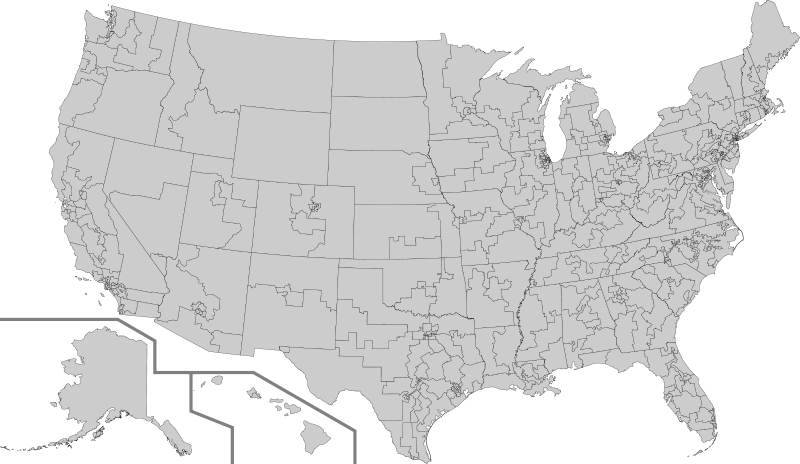 As I have often written, the electoral system we use to elect the House of Representatives (and most other legislative bodies across the country) is antiquated and flawed.  It privileges the container (the district) over that which is in the container (citizens).

Representative democracy, wherein citizens vote, votes are tallied, and votes are then translated into offices in government, ought to produce a result that is reasonably representative of the population.  That is to say, an underlying assumption is that those who govern should reflect, to some reasonable  degree, the views of the governed.  I note “to some reasonable degree” because perfect representation is impossible save in a direct democracy in which we all participate.

Just having elections is not enough, the way the votes are cast, counted, and applied, matters greatly.

The Electoral College, by way of example, is a system in which voters vote, but then those votes are translated by a process that means that the person with less popular support can win the office. That is not a representative outcome. (And yes, clearly one’s mileage may vary as to whether one is bothered by that fact or not).

As a side note, I would note that while the notion of representativeness is not one we talk about in regards to our elections (though we should, and appear to be starting to do so), we fully understand it because we talk about it all the time when we discuss polls.  The whole idea of polling is to take a representative sample of a target population.  Good polling requires good sampling.  So, too, good representative democracy require good electoral rules which will create an actual reflection of the population.  Any of us who know even a modicum about polling knows that if one’s goal is to find out a state’s presidential preferences, how one polls matters.  If one attempts a statewide poll in Alabama but only in the Black Belt, the western side of Montgomery, and the core of Birmingham, one would find (incorrectly) that the Democrats are going to dominate (all of those areas are heavily populated by African-Americans).  The problem with that sampling process is that is it decidedly not representative of the state as a whole.  We know this is problematic for opinion polls, and we should understand that systems that likewise bias outcomes is a bad way to elect “representatives” (scare quotes to make a symbolic point).

Via the DMN: Texas Democrats won 47% of votes in congressional races. Should they have more than 13 of 36 seats?

Texas Republicans collected half of the votes statewide in congressional races this month. ­But even after Democrats flipped two districts, toppling GOP veterans in Dallas and Houston, Republicans will control 23 of the state’s 36 seats.

It’s the definition of gerrymandering.

Let’s stop there.  The disjuncture is not the definition of gerrymandering, rather it is the definition of a disproportional outcome.  Yes, it is exacerbated by gerrymandering.  However, the main problem here is the fundamental system:  single seat districts.  Even if the map had been drawn in a nonpartisan fashion there would be some representativeness issues because of geographic sorting.  The too-small size of the House contributes as well.  The reality is that the irregular concentration of human beings across geography make single seat districts a poor vehicle for representative outcomes (people are never going to live in a uniform distribution across space, and they certainly aren’t going to do so in a way that would allow for nice bell-curves of partisan distribution across those spaces).

Here is another example:  the 2018 US House of Representatives in Wisconsin:

Here we find a similar result to Texas:  the Republican Party won 45.80% of the statewide vote, but came away with 62.50% of the seats.

I did those calculations myself to check the work of Josh Klemons from his post, A Democratic Election, An Undemocratic Result. He also noted that the State Assembly was shaping up to the Republicans winning 46% of the votes statewide, but winning 63% of the seats.  That is a highly unrepresentative outcome for the state legislature (and significant given they control redistricting in the state).

I won’t do the full math (there is only so much speadsheeting I am willing to do on a lazy Sunday), but the fact that California will have only eight Republican members of the House out of 53 (15.10% of the delegation) is also not a representative outcome.  My ultimate concern is not that a given party win seats, rather my ultimate concerns is that our allegedly democratic system is not producing democratic outcomes.

Many more examples could be provided.  A specific discussion of the national popular vote is still needed here at OTB.  Still, I hope that these examples are sufficient food for thought.

I will stress that I am looking here at the House of Representatives.  This discussion is not about the Senate nor about the Electoral College.  It isn’t about federalism (just because states are the target of conversation, does not make the conversation one about federalism–the only part of the House that directly links to federalism is the guarantee of each state to have one seat guaranteed).  It is about the one institutional feature of our system that is explicitly supposed to be the voice of the populace.   It is definitively not accomplishing that goal.

It is important to note that while one can draw fairer districts, one cannot draw truly neutral ones.  And any act of drawing a district is making a choice about which voters go where, which in turn has an effect on who wins and loses.  Note, too, that when legislatures are drawing districts, it means that politicians are choosing their own voters (when it is supposed to be the other way around). A very interesting FiveThirtyEight piece from early this year noted:

No single map can fulfill all the criteria we looked at — more competitive elections or more “normal-looking” districts, for example. Depending on the desired outcome, each of the different maps could represent the “right” way to draw congressional district boundaries. If you haven’t explored the maps in our Atlas Of Redistricting yet, we hope you’ll do that now. Below are the details of how we made and analyzed all of them.

Every choice has a consequence for outcomes.  See also the link in the paragraph above.

The solution is some form of multi-member districts (one such proposal was discussed here).

Unless one really thinks that only 15% of California (to pick but one example) is populated by Republicans, it is hard to defend the current system (at least it is if one thinks that the government should be reflective of the governed).

The containers should not be more important than what is contained within them. But that is exactly how our current system works (and in many places it allows politicians to determine the shape of the containers).

FILED UNDER: Democracy, US Politics 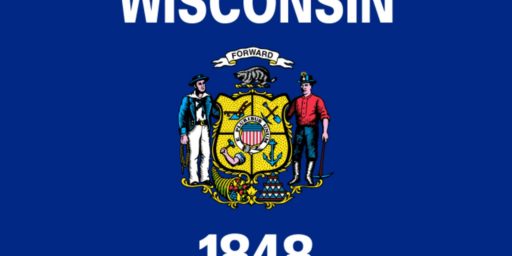 The Basic Democratic Problem in Wisconsin