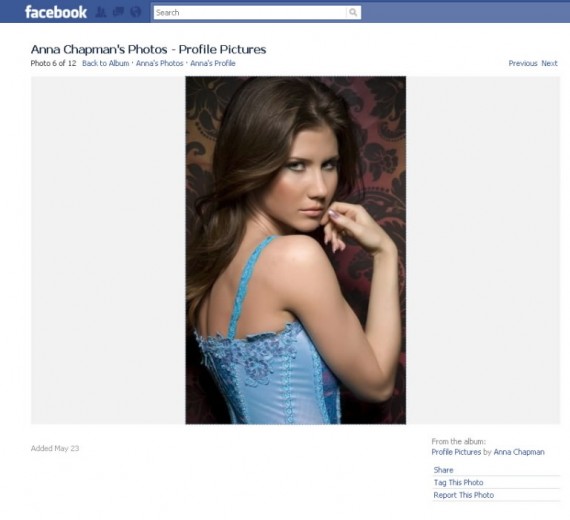 It seems Anna Chapman, who made headlines in the U.S. for her role in a Russian spy ring, has settled into a new career back in Moscow:

MOSCOW – Glamorous Russian agent Anna Chapman has posed provocatively for a Russian magazine shoot in her first public appearance since she was deported from the United States in a major spy swap.

The tabloid-style lifenews.ru site on Thursday showed film footage of the 28-year-old redhead being photographed for an upcoming edition of glossy magazine Zhara, Russia’s version of Heat, in a VIP room in the upscale Balchug hotel near the Kremlin.

In the 1 minute 43 second clip, Chapman struts about in two figure-hugging dresses.

“Clearly enjoying showing off her curves, Chapman shows that women’s secrets mean more to her than those she kept at the secret service,” the popular website wrote, in a clear jibe at the fact Chapman and nine other Russian spies were caught.

You can view the video here, and there are a couple pictures as well. All the text is in Russian, but you really aren’t interested in reading the articles are you ? (Yes, all material is SFW)