Last week, the Washington State Supreme Court declared the death penalty unconstitutional. The latest in a string of victories for opponents of capital punishment. 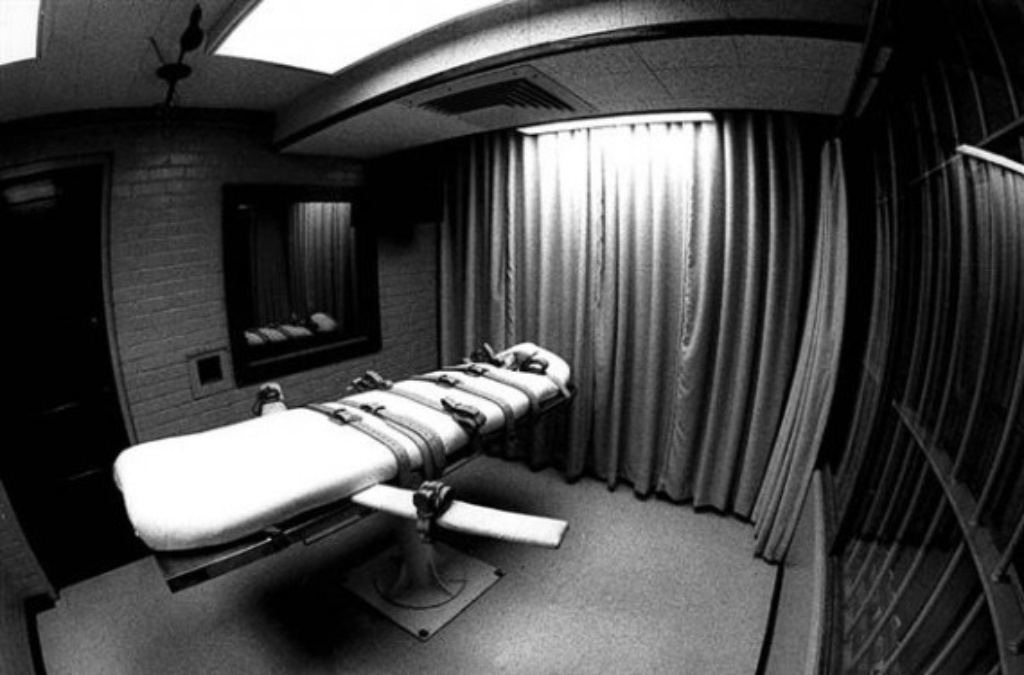 The Washington State Supreme Cout ruled late last week that the death penalty is unconstitutional, the latest in a string of legal and other developments that have led to a marked decline in executions across the country:

The Washington state Supreme Court on Thursday unanimously struck down the death penalty there as unconstitutional and “racially biased,” a ruling that makes it the latest in a string of states to abandon capital punishment in recent years.

Washington state had already halted any executions under a moratorium put in place by Gov. Jay Inslee (D) in 2014, so the order issued Thursday will not stop already planned executions. But the court’s order, which declares that death sentences in the state should be converted to life in prison, is a sweeping rejection of capital punishment at a time when it is being used less nationwide and as states are struggling to obtain the drugs needed for lethal injections.

In their opinion, the justices focused on what they said was the unequal use of the death penalty, describing it as a punishment meted out haphazardly depending on little more than geography or timing.

“The death penalty is invalid because it is imposed in an arbitrary and racially biased manner,” the justices wrote. “While this particular case provides an opportunity to specifically address racial disproportionality, the underlying issues that underpin our holding are rooted in the arbitrary manner in which the death penalty is generally administered.”

Chief Justice Mary E. Fairhurst wrote the opinion and four justices concurred, one in the result only. Four other justices signed a concurrence saying they agreed with “the majority’s conclusions and its holding invalidating the death penalty” but adding other state constitutional factors they said “compel this result.”

The arguments outlined in Washington have echoes of what Supreme Court Justice Stephen G. Breyer has said in questioning whether the death penalty itself is constitutional. In a 2015 dissent joined by Justice Ruth Bader Ginsburg, Breyer called the death penalty’s use “capricious, random, indeed, arbitrary” and said for those sentenced to death, it was “the equivalent of being struck by lightning.” Breyer echoed that point in 2016 when discussing California’s use of the death penalty, saying it similarly was unreliable, arbitrary and plagued by delays.

Washington has already been among the states not moving forward with executions under the moratorium Inslee announced in 2014. Oregon also has a moratorium on the death penalty, which Gov. Kate Brown (D) decided to keep in place when she took office.

“Today’s decision by the state Supreme Court thankfully ends the death penalty in Washington,” Inslee said in a statement after the order Thursday. “The court makes it perfectly clear that capital punishment in our state has been imposed in an ‘arbitrary and racially biased manner,’ is ‘unequally applied’ and serves no criminal justice goal. This is a hugely important moment in our pursuit for equal and fair application of justice.”

Washington state’s death penalty is unconstitutional, the state’s supreme court ruled unanimously on Thursday, with justices citing concerns about racial bias and the arbitrary imposition of the penalty.

“The death penalty, as administered in our state, fails to serve any legitimate penological goal,” Washington Chief Justice Mary Fairhurst wrote. As such, she continued, it violated the state’s constitution.

The eight inmates on death row in the state currently will have their sentences converted to life imprisonment, the court ruled.

In addressing the arguments advanced by Allen Eugene Gregory — sentenced to death for a 1996 rape, robbery, and murder of a woman in her home — the court looked at the expert report commissioned by Gregory looking at “the effect of race and county on the imposition of the death penalty.”

Considering the report and other evidence, Fairhurst concluded, “[W]e are confident that the association between race and the death penalty is not attributed to random chance.” Among the other evidence cited by Fairhurst was the state’s “case law and history of racial discrimination,” including cases in which prosecutors made racist statements and took “inflammatory, racially charged” actions in court.

Although Fairhurst’s opinion was treated as the main opinion for the case, a majority of the nine-justice court did not sign on to all of the reasons she gave for reaching the decision in the case. One of the four justices to join Fairhurst’s decision, Justice Steven Gonzalez, noted that he concurred “in result only.”

A second opinion, by Associate Chief Justice Charles Johnson, was joined by the three remaining justices. In it, he wrote, “While I generally concur with the majority’s conclusions and its holding invalidating the death penalty, additional state constitutional principles compel this result.” Johnson wrote that the report’s conclusions about racial bias “raise significant concerns” — but he went on to say that “other additional constitutional factors have become more apparent, supporting the conclusion that the death penalty, as administered, is unconstitutional.”

Specifically, Johnson later wrote, “Based on a current review of the administration and processing of capital cases in this state, what is proved is obvious. A death sentence has become more randomly and arbitrarily sought and imposed, and fraught with uncertainty and unreliability, and it fails state constitutional examination.”

As a preliminary matter, it’s worth noting that the Court did not rule that capital punishment was invalid under all possible circumstances, that question apparently wasn’t before the Justices and in any case would be a harder case to make given the fact that, like the Federal Constitution, the Washington State Constitution contains provisions regarding not depriving people of “life” without due process of law. This implies that, under the proper circumstance and under a different law, capital punishment could be Constitutional. Given the scope of the Court’s ruling, though, it would be difficult to make such a case. Instead of a broad ruling like that, the Court held that the death penalty as it has been historically applied under existing law is unconstitutional because it is too easily infected by issues such as racial bias, economic bias in that Defendants who cannot afford to hire top attorneys and high-priced experts are at a disadvantage, and that the punishment is applied in what amounts to an arbitrary and capricious manner. All of this means, the Court held, that the use of capital punishment violates several provisions of the state’s Constitution.

As far as Washington State is concerned, this ruling will only have a limited impact. As noted above, the state has been operating under a death penalty moratorium for several years now and there has been movement in the state legislature to formally repeal the law authorizing capital punishment that is likely to get impetus from the ruling that has been issued by the State Supreme Court. For the prisoners like Gregory and the others on Washington’s death row, the result of the ruling is that their sentences are all commuted to life in prison without the possibility of parole, which is certainly preferable to a punishment that amounts to state-sanctioned murder and which, as many studies have shown, is not being applied fairly or justly in a manner that even approaches trying to comply with the requirements of the law.

This ruling is the latest development in a public and legal war against capital punishment that has gathered steam in recent years. As a general rule, executions have become far less common in recent years due either to legislative action, legal action, or difficulty obtaining the drugs used in lethal injections, which has become the most common form of execution of late even though some states still authorize older methods such as the electric chair and even firing squads. In 2013, for example, Maryland abolished capital punishment and the state’s Governor at the time commuted the sentences of the men still on death row at the time to life in prison. The year before Maryland’s action, Connecticut’s legislature also repealed the death penalty but left it open as a potential sentence committed prior to the repeal of the law. In 2016, though, the Connecticut Supreme Court ruled this unconstitutional and repealed capital punishment as an option in any case. In that same year, the Delaware Supreme Court declared capital punishment unconstitutional under the State Constitution. In one setback for the anti-capital punishment movement, Nebraska’s legislature repealed the death penalty in 2015 only to see voters reinstate it via referendum in 2016. Since then, the state has carried out one execution. Finally, polling has shown a turn in public opinion on the issue, with a majority of Americans saying they preferred life without parole to the death penalty.

For those of us opposed to capital punishment, this is obviously a positive development. Slowly but surely the nation is turning against a form of punishment that is both barbaric in and of itself and quite simply incapable of being applied in a manner that complies with due process and equal protection under the law. There’s also no evidence that the existence of the death penalty has ever served as a deterrent to crime, or that it has done anything to lower the crime rate. For those cases where execution might be appropriate, the alternative of life in prison without parole is right thing because it is more just and because, in the event of a wrongful conviction, which is far too common to trust to a system that kills people in the name of retribution.

Washington v. Gregory by on Scribd