Karl Rove adds to the Republican theories of why Mitt Romney lost the election by accusing the President’s campaign of, wait for it, voter suppression:

“He succeeded by suppressing the vote,” Rove said in an interview on Fox News with anchor Megyn Kelly on Thursday afternoon, “by saying to people, ‘You may not like who I am and I know you can’t bring yourself to vote for me, but I’m going to paint this other guy as simply a rich guy who only cares about himself.'”

Rove didn’t actually give any examples of ways in which Obama made it harder for people to exercise their constitutional right at the polls — things like voter ID laws, which have been pushed by GOP legislatures around the country. In fact, Obama specifically said in his victory speech that it was unfair that people had to wait in line for hours to vote, which occurred in part because Republicans reduced the time period for early voting.

Rove did say that Obama had aired attack ads and painted Romney as out-of-touch with the concerns of ordinary voters, but these are fairly common tactics in politics, and Rove is certainly no stranger to them.

“Fifty-three percent in the exit polls said on Election Day that Mitt Romney’s policies would only help the rich. And they voted for Obama by a 9 to 1 margin,” added Rove. “Of the 21 percent of the electorate who said that the most important characteristic in a president was that he cares about people like me, they voted for President Obama by almost a 9 to 1 margin. They effectively denigrated Mitt Romney’s character, business acumen, business experience and made him unworthy.”

In other words Karl, they won the election.

I believe the appropriate word for these comments is chutzpah.

Did Anyone Commit a Crime in Plame Game? 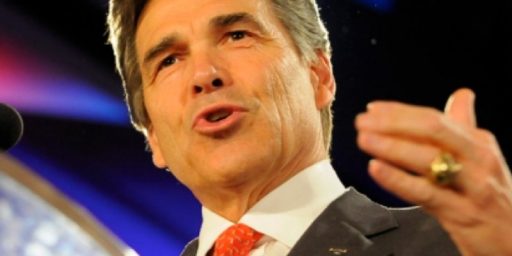 Past Comments On Social Security Could Pose Problems For Rick Perry