Some Real Questions For Elena Kagan

George Will has some real questions for Elena Kagan. Too bad nobody's going to ask them. 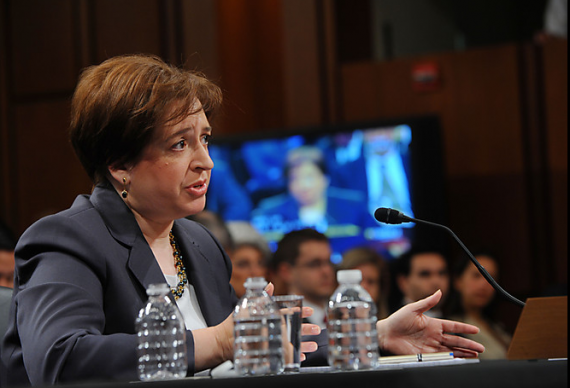 Instead of all the vapidness, and the concentration on irrelevant issues, George Will poses some real questions that the members of the Senate Judiciary Committee might consider asking Elena Kagan before they gavel the hearings to a close:

— If the problem is corruption, do we not already have abundant laws proscribing that?

— If the problem is the “appearance” of corruption, how do you square the First Amendment with Congress restricting speech to regulate how things “appear” to unspecified people?

— Incumbent legislators are constantly tinkering with the rules regulating campaigns that could cost them their jobs. Does this present an appearance of corruption?

— The Ninth Amendment says: “The enumeration in the Constitution of certain rights shall not be construed to deny or disparage others retained by the people.” The 14th Amendment says no state may abridge “the privileges or immunities” of U.S. citizens. How should the court determine what are the “retained” rights and the “privileges or immunities”?

— The 10th Amendment (“The powers not delegated to the United States by the Constitution, nor prohibited by it to the states, are reserved to the states respectively, or to the people”) is, as former Delaware governor Pete du Pont has said, “to the Constitution what the Chicago Cubs are to the World Series: of only occasional appearance and little consequence.” Were the authors of the Bill of Rights silly to include this amendment?

These are real questions that would certainly provide a better insight into Kagan’s judicial philosophy than the undue praise we’re hearing from Democrats and the political grandstanding we’re hearing from Republicans. Too bad nobody’s going to ask them.

FILED UNDER: Law and the Courts, US Politics, Elena Kagan, George Will, Supreme Court