“Subtract [Trump] from that equation…the numbers go up dramatically.”

As I have repeatedly noted: Trump is the leader of the Republican Party. 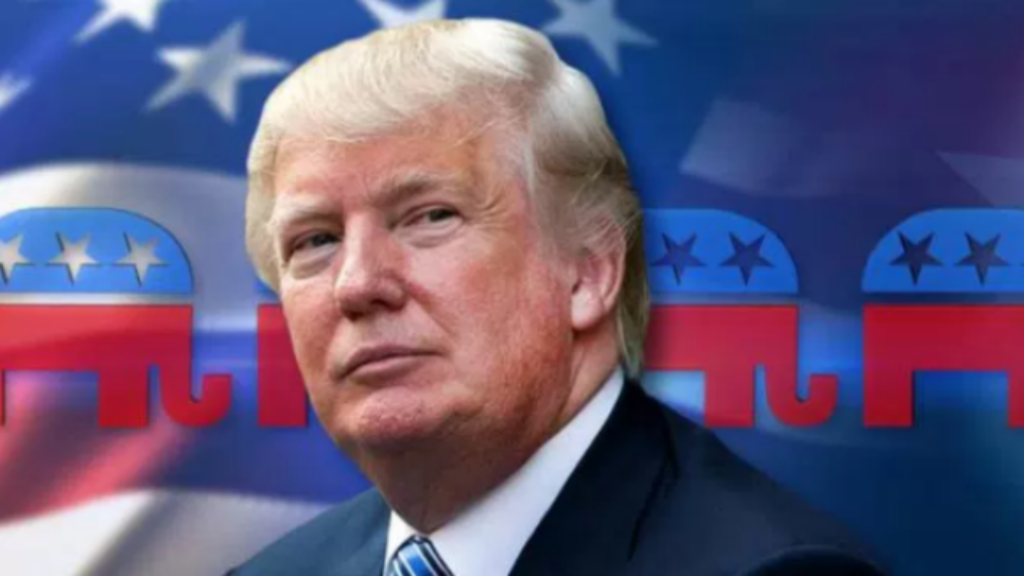 A pair of top Republicans acknowledged in a private meeting on Saturday that the party was battling serious vulnerabilities in the midterm elections, including what one described as widespread “hate” for President Trump, and raised the prospect that Senator Ted Cruz of Texas could lose his bid for re-election because he is not seen as “likable” enough.

The two Republican leaders, Mick Mulvaney, the federal budget director, and Ronna McDaniel, the Republican National Committee chairwoman, assured party officials and donors at a closed-door event in New York City that the right would ultimately turn back a purported “blue wave” in November. Mr. Mulvaney also questioned whether Democrats could marshal support from outside the left, criticizing them as a party defined solely by opposition to Mr. Trump.

But Mr. Mulvaney and Ms. McDaniel also offered an unusually raw assessment of their own party’s strengths and weaknesses in the midterm elections. They pointed to the burning energy among Democratic voters and the dozens of open House seats, where Republican incumbents decided not to seek re-election, as fearsome obstacles to retaining control of Congress. And Mr. Mulvaney suggested Republicans would fare better if they could “subtract” the president’s divisive persona from voters’ minds, and stress instead that the country is in a “pretty good” condition.

“You may hate the president, and there’s a lot of people who do, but they certainly like the way the country is going,” Mr. Mulvaney said, adding of voters: “If you figure out a way to subtract from that equation how they feel about the president, the numbers go up dramatically.”

Emphasis mine (and boy, that last paragraph is almost the thesis of the NYT anonymous op/ed from this week).

The problem is, of course, that Republicans can’t “subtract from that equation how they feel about the president” because he is the leader of the party.  I have been emphasizing this fact from very early in the administration.*  Not only is he structurally the default leader of the party, the party has thoroughly embraced him.  There was a scenario (which was always unlikely) that congressional Republicans would treat Trump like an outsider, but that has categorically not happened. Further, Republican voter support for the President remains quite high, so this was a thoroughly predictable outcome.

As I wrote about candidate Trump in August of 2016 (in a post that is apt for the Mulvaney quote above:  The Republican Dilemma):

here’s the dilemma:  with Trump now pretty much at war with substantial elements of the Republican Party, including the highest elected Republican official, Speaker of the House Paul Ryan, the question is raised:  what faction of the Republican Party is one going to adhere to? To stick with Trump is to admit that all his ideological and philosophical problems aren’t problems at all, and one has decided that Trump is the Republican Party.  This is not, by the way, unusual.  It is a feature of presidential systems that the presidency (and, therefore, candidates for the presidency) sets the tone for the party. This is as opposed to parliamentary systems where the executive is elected by the legislature (i.e., a Prime Minister) and the tone is set more by the party.

Basically I am struck by the logic trap that many Republicans are now in:  they support Trump because he is the GOP nominee, but now he is largely rejecting the current mainline party, so if they continue to support him they have to acknowledge that they really aren’t supporting the party as much as they really just supporting Trump.  Trump is the Republican Party at the same time he is fighting large chunks of it.  He is putting himself outside and above the party in way that could have long-standing effects on the GOP.

At a minimum this underscores something I have been noting for some time: anyone who thinks Trump is going to be guided, controlled, or corralled as President by advisers, party insiders, etc. is fooling themselves.  This includes those who are buying into the idea that Trump would appoint Justices to the Court that would be of conservatives’ liking.

To vote for Trump is to vote for trumpismo as the foundation of the Republican Party for the next four years.

Indeed, this is exactly how the party has acted (although I was wrong about the judicial appointments as I thought he would appoint cronies to the bench–instead, Trump has basically subcontracted that process to the Federalist Society).  Even the “dissidents” like Flake have not separated from the party.  This is the way party politics works in the US, especially when the president has the intra-party support of voters that Trump has. Indeed, while there were “Never Trumpers” and other high profile conservatives who opposed Trump during the campaign, there has been no intra-party fight of any consequence since Trump has been in office. The closest one can come is the McCain vote to block the Obamacare repeal.

As a side note:  the fact that the Cruz race is so close is pretty remarkable, and the pathway for Democrats to take the Senate is far more feasible than one would have thought not that long ago.

Trump is the Leader of the GOP, not an “Independent”

More on Trump as Independent