Tennessee Brings Back The Electric Chair

Tennessee makes an unfortunate return to the past. 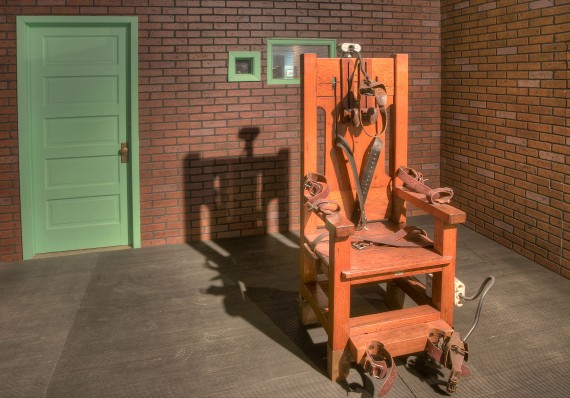 In response to recent controversies regarding the drugs used for executions, and the prospect that the companies who make these drugs may refuse to sell them to states for use in executions, Tennessee is bringing back a form of capital punishment that was, for the most part, phased out decades ago:

NASHVILLE, Tenn. (AP) — As the rest of the nation debates the feasibility and humanity of lethal injections against a backdrop of scarce drugs and botched executions, Tennessee has come up with an alternative: the electric chair.

Republican Gov. Bill Haslam signed a bill into law Thursday allowing the state to electrocute death row inmates in the event prisons are unable to obtain the drugs, which have become more and more scarce following a European-led boycott of drug sales for executions.

Tennessee lawmakers overwhelmingly passed the electric chair legislation in April, with the Senate voting 23-3 and the House 68-13 in favor of the bill.

Tennessee is the first state to enact a law to reintroduce the electric chair without giving prisoners an option, said Richard Dieter, executive director of the Death Penalty Information Center, a Washington-based nonprofit organization that opposes executions and tracks the issue.

“There are states that allow inmates to choose, but it is a very different matter for a state to impose a method like electrocution,” he said. “No other state has gone so far.”

Dieter said he expects legal challenges to arise if the state decides to go through with an electrocution, both on the grounds of whether the state could prove that lethal injection drugs were not obtainable and on the grounds of constitutional protections against cruel and unusual punishment.

While capital punishment remains legal in a majority of the states, and in the Federal system, there has been a notable shift in the methods of execution. In earlier eras, the gallows and the firing squad were the most common methods of execution, but they soon gave way to the gas chamber and electric chair. More recently, and especially within the past twenty years, most executions have been carried out via lethal injection even in states where the option for other methods remains on the books. In each case, the trend has quite obviously been toward a method of execution that is more “humane,” or which at least doesn’t cause undue pain and suffering for the condemned and does not require obvious overt action on the part of the people carrying out the execution. We’ve gone from the days where people had to tie a noose, fire a bullet, or flip the switch on a gas chamber or electric chair, to one where a few adjustments to a piece of medical equipment cause chemicals to first put a person to sleep, and then kill them quietly, assuming the drugs work they way they are supposed to. The clear message of this evolution of execution methods, of course, is that even death penalty advocates, perhaps only subconsciously, realize the inhumanity and brutality of what they’re doing. It’s a lot easier to live with yourself after witnessing a death by lethal injection I would imagine than it is after participating in a death by hanging, firing squad, or any other method.

Tennessee, however, has apparently decided to take a step backward and bring back a method of execution that had largely faded into history. I would imagine that, at leasst in their public statements, most death penalty advocates will cheer this on. By doing this, however, the Volunteer State has simply acknowledged that the death penalty is, in the end, inhumane and brutal and that our efforts in recent decades to make it a more pleasant experience have largely been a farce.