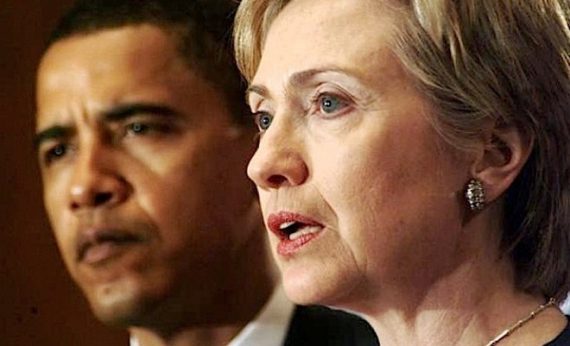 Taking a page from the book that Pat Caddell and Doug Schoen have borrowed from more than once to write their own tedious Op-Ed’s,  former Clinton Administration Labor Secretary Robert Reich today predicts in a blog post that President Obama will put Hillary Clinton on the ticket in 2012:

My political prediction for 2012 (based on absolutely no inside information): Hillary Clinton and Joe Biden swap places. Biden becomes Secretary of State — a position he’s apparently coveted for years. And Hillary Clinton, Vice President.

So the Democratic ticket for 2012 is Obama-Clinton.

Why do I say this? Because Obama needs to stir the passions and enthusiasms of a Democratic base that’s been disillusioned with his cave-ins to regressive Republicans. Hillary Clinton on the ticket can do that.

The deal would also make Clinton the obvious Democratic presidential candidate in 2016 — offering the Democrats a shot at twelve (or more) years in the White House, something the Republicans had with Ronald Reagan and the first George Bush but which the Democrats haven’t had since FDR. Twelve years gives the party in power a chance to reshape the Supreme Court as well as put an indelible stamp on America.

According to the latest Gallup poll, the duo are this year’s most admired man and woman This marks the fourth consecutive win for  Obama while Clinton has been the most admired woman in each of the last 10 years. She’a topped the list 16 times since 1993, exceeding the record held by former First Lady Eleanor Roosevelt, who topped the list 13 times.

This isn’t the first time we’ve heard the Clinton-replaces-Biden prediction, of course. It pretty much started from the day that Barack Obama and Joe Biden took their respective Oaths Of Office. It does make a certain amount of sense, perhaps. Joe Biden will be 74 by the time we reach the 2016 elections and, despite the fact that he’s said that he is keeping his options open in that regard, nobody seriously believes that the Vice-President will be candidate for the Democratic nomination. Clinton, on the other hand would be 69, certainly not young but no older than, say, Ronald Reagan was when he ran, or John McCain. Additionally, Reich is correct when he points out that Hillary remains a popular political figure, although I would submit that this is largely because of the current position she holds, which is far less of a political lightening rod than most others. Had Clinton chose to stay in the Senate it’s likely that she would be viewed as a far more partisan figure, and her approval numbers would be lower. That said, it is true that pretty much all of the arguments against putting Clinton on the ticket in 2008 are gone now, and if Biden did decide that he could not run for a second term she would be the most logical person Obama would turn to first.

Despite all of this, though, the Obama Administration has consistently shot down any of the Biden-Clinton swap rumors that have come up over the past three years. Moreover, Vice-President Biden has said more than once that he intends to run with the President in 2012, while Hillary Clinton has made clear that she considers Secretary of State to be her last public job and that she has no interest in running for political office again. Therefore, Reich’s “prediction” has no more value or substance to it than any of the other similar predictions we’ve heard before. Right now, it is as close as possible to a certainty that Joe Biden will be the Democratic nominee for Vice-President in 2012, unless something extraordinary or catastrophic happens.

Picking up on Reich’s argument, The Anchoress makes a completely different argument. She says Hillary Clinton should run as an Independent against Obama:

I know the conventional wisdom holds that no Democrat would dare to run against Obama and risk a deep fracturing of the party. Conventional wisdom, however, is hogwash in the face of voter discontent and distrust of both parties and the D.C. establishment. If ever the time was right for a strong candidate — from the left, not the right — to strike out as an Independent with a good chance of winning, it’s this election year, and Hillary Clinton is precisely the candidate to do it.

Independents ran to Obama in ’08, and they’re running away from him as fast as they can in ’12, but not necessarily toward the GOP, whose current field of candidates seems like 8 tilting vials of nitro-glycerin, just waiting to fall. Offer them a candidate they can associate with a era of “peace and prosperity” — one who many of them happen to like and think got a raw deal in 2008 — and they will careen toward her like seagulls toward dropped bread.

Hillary will pull all the disgruntled PUMA (Party Unity My A$$) voters who in ’08 were told “you don’t have to fall in love, just fall in line” and are still rinsing the bad taste out of their mouth from that primary; she’ll pull all of the Democrats who are currently, quietly, wishing Obama would just go away. And while Obama supposedly enjoys an approval rating of about 85% within the African American community, it’s a decent bet that those who liked her before they ever thought of Obama could be persuaded to like her again. Hillary, after all, feels no ways tired.

A candidate from the right could never do it. Between GOP/Conservative in-fighting, the purge-and-purity brigade and the need of some to “teach a lesson” with their vote — and the predictable broadsides that will be launched against such a candidate by the Democrat-favoring press — the best a conservative third-party candidate could hope to do is “make a point.” The Democrats and far left will all still vote for Obama, and the independents will either run scattershot or sit out the election altogether. Hello, Mr. Perot.

The arguments against a Hillary Clinton run as an Independent, assuming she would even want to do that, are even stronger than those against the silly idea that Hillary should challenge Obama for the Democratic nomination. For one thing, there is no realistic possibility that Clinton could actually win the Presidency.  She’s not going to take away any Red States from the Republicans, and all she’d be likely to do in Blue States is split the Democratic vote with the President, thus opening up the possibility that the GOP could pick up Electoral Votes they otherwise wouldn’t merely by winning a plurality of the vote. The worst of all possible outcomes, of course, would be if the election ended up getting thrown into the House of Representatives because nobody has 270 Electoral Votes.

For another, it’s fairly clear that a Clinton candidacy in the General Election would take votes from Obama, possibly cost him most if not all of the battleground states that he needs to win the election, and hand the election to the Republicans. Why in the world would Hillary Clinton, who has been a loyal Democrat all her life, want to do that? Why, to put it bluntly, would she want to go down in history as the person who made the first African-American President in American history a one-termer? Not only does it ruin her own legacy, but it would also likely tear the Democratic Party itself to shreds in the wake of the defeat. African-Americans in particular would likely be upset by what they would rightfully see as a stab in the back by someone who has been part of the Democratic Party establishment for 20 years. It’s a suicide mission, and a stupid one at that.