George W. Bush has his sexy groupies doing something even Bill Clinton’s harem wouldn’t: taking it off in public to raise, um, support for their guy. “We thought it would be fun,” says BabesForBush.com calendar girl Karen Henry. “It’s also to show our serious support for him.” But she says her group’s tasteful 2004 calendar–it even includes well-dressed men, ugh–isn’t just a rip-off of the movie Calendar Girls by middle-aged Bushies. Henry, the smartly dressed Miss July, and conservative radio talk show host Martha Zoller, Miss February, tell us the idea was really sparked by the nearly pornographic BabesAgainstBush.com calendar, which shows mostly nude women with artfully placed American flags, duct tape, and microphones. “It was tasteless and vulgar,” says Henry. “Ours is cute,” she adds. “Imitation,” says an amused BabesAgainst spokesman David Livingstone, “really is the sincerest form of flattery.” Both sides have plans for the profits. BabesFor will give it to the Bush re-election campaign. Livingstone’s group is starting a Web page to urge Democrats to vote in the fall.

The Babes for Bush calendar does appear rather tame while the Babes Against Bush site is slightly less so, although hardly pornographic. 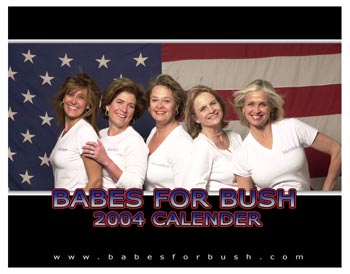 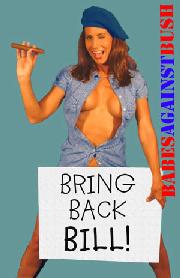 Of course, one wonders how much good the parody site will do in igniting Clinton-era nostalgia.

Red Ken is at it Again. 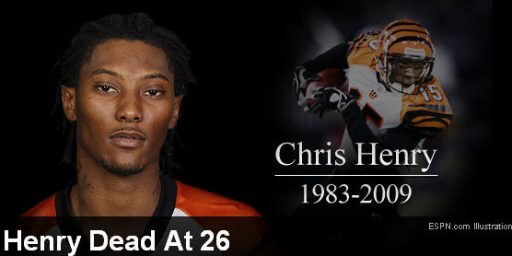