The TKO Edition OTB Caption ContestTM is now over.

The TKO Edition OTB Caption ContestTM is now over. 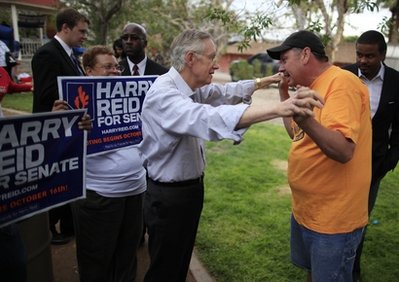 First: john personna – And let my spending HEEEEEAAAAL you.

Third: Doug Mataconis – Following in Bristol Palin’s footsteps, Harry Reid auditions for the next season of Dancing With The Stars

floyd – Joe is under the false impression that holding both hands will Keep Harry out of his pockets!HA!

Michael Hamm – Kiss me you fool.

Bring out your Dead

Zombies aren’t the only ones looking for Brains