The Violence Inherent in the System

Under the headline “If Paris Hilton makes you mad,” Amanda Marcotte posts a Jarvis Cocker video which includes various vulgarities and such lovely philosophical sentiments as, “In theory, I respect your right to exist – I will kill you if you move in next to me.”

Marcotte adds, “Break something. Set something on fire. Tonight you can find a way to resist. That asshole with a Bush bumper sticker? It can be removed.”

So . . . the fact that Paris Hilton is quite annoying justifies mass anarchy? People are upset that the children of the rich 1) often inherit plenty of money and 2) sometimes misbehave, so they should commit crimes including vandalism, arson, and theft?

As outrageous as the Rodney King riots were, at least the outrage that initially fueled them was understandable. But Hilton is actually, as I type, sitting in prison. For crimes, incidentally, less severe than advocated by Cocker and Marcotte.

UPDATE: Marcotte has updated her post to the effect that 1) it was a “silly joke” but that 2) vandalizing the property of assholes isn’t really a big deal, since they can just replace it and 3) killing innocent Iraqis is worse. 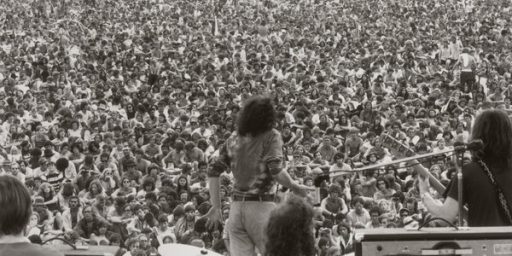