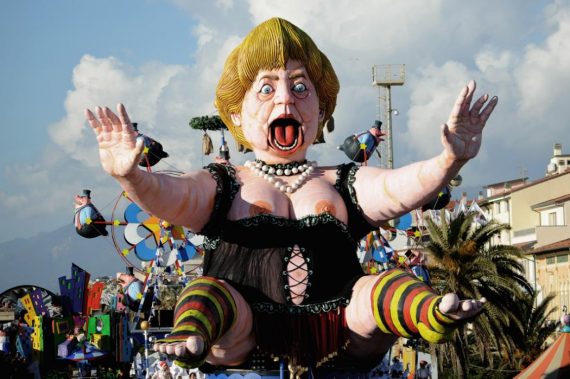 VIAREGGIO, ITALY – FEBRUARY 01: A giant papier-mache float depicting German Chancellor Angela Merkel moves through the streets of Viareggio during the traditional Carnival of Viareggio parade on February 1, 2015 in Viareggio, Italy. The Carnival of Viareggio is considered one of the most important carnivals in Italy and is characterised by its giant papier-mache floats depicting caricatures of popular characters, politicians and fictional creations. (Photo by Laura Lezza/Getty Images)