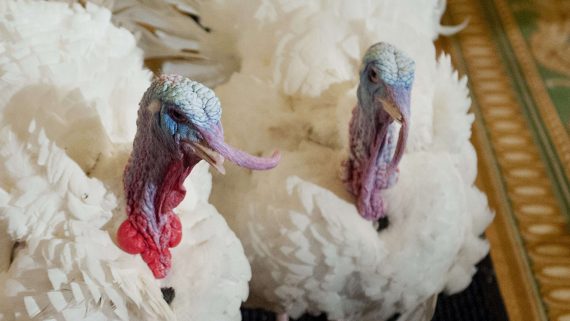 Two turkeys, one named Caramel and the other Popcorn are presented to the press in Washington, DC on November 26, 2013. On Wednesday, November 27th, US President Obama will announce the National Thanksgiving Turkey. Both turkeys will be pardoned, but only the American people will decide which bird takes the title via online voting. AFP PHOTO/Nicholas KAMMNICHOLAS KAMM/AFP/Getty Images