Just over a week after he called it off, President Trump announced this afternoon that the June 12th Summit in Singapore was back on. 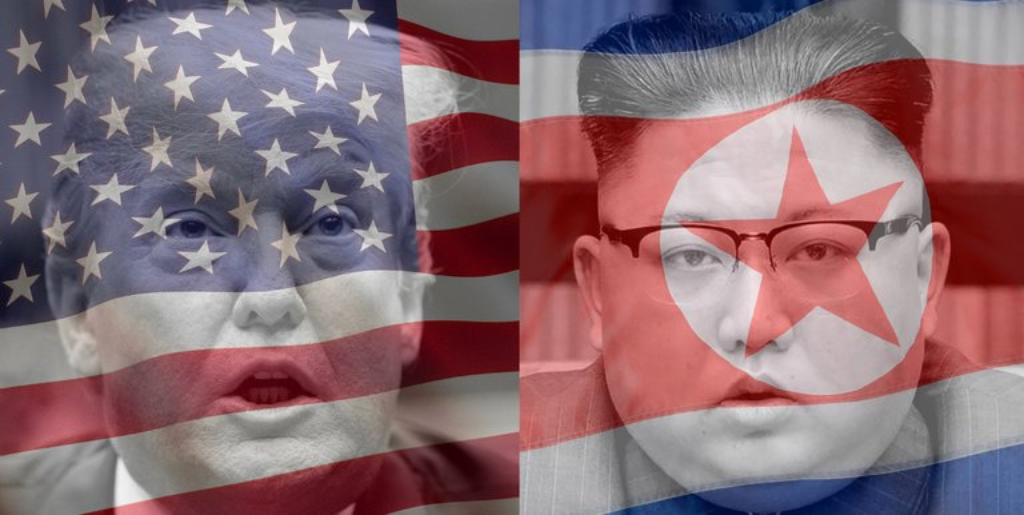 Just over a week after he sent a letter to North Korean leader Kim Jong Un canceling the planned summit in Singapore, President Trump announced that the meeting was back on after a longer than expected meeting with a top North Korean official in the Oval Office:

WASHINGTON — President Trump announced Friday that the summit meeting he had canceled with North Korea’s leader would be held this month after all, the latest head-spinning twist in a nuclear-edged diplomatic drama that has captivated and confused much of the world.

The president rescheduled the June 12 get-together with the North’s leader, Kim Jong-un, barely a week after scrubbing it on the grounds that Mr. Kim’s government had shown “open hostility” toward the Trump administration. In the days since, both sides have worked to bridge the divide and proceed with the meeting.

“We’re over that, totally over that, and now we’re going to deal and we’re really going to start a process,” Mr. Trump told reporters after meeting at the White House with a high-ranking North Korean envoy who delivered a personal letter from Mr. Kim. “We’re meeting with the chairman on June 12, and I think it’s probably going to be a very successful — ultimately, a successful process.”

Mr. Trump sought to play down expectations of a quick breakthrough at the upcoming meeting in Singapore, saying that a resolution of the decades-long dispute over North Korea’s nuclear weapons and ballistic missile programs could require multiple sessions.

He said that sanctions would remain in place in the meantime, but that he would not impose more while talks continue, and he backed off the term “maximum pressure” that he has used to describe his strategy.

The on-again, off-again summit meeting scheduling had all the earmarks of a TV cliffhanger from a president who made a name for himself hosting a reality show on NBC for 14 years, only this time there were deadly serious consequences.

Essentially, Mr. Trump and Mr. Kim are right back to where they were shortly before the president abruptly canceled the meeting eight days ago— back to conciliatory language with no clearer understanding of what an actual agreement would look like, but with more scar tissue from a week of suspense.

“We think it’s important,” Mr. Trump said. “And I think we would be making a big mistake if we didn’t have it. I think we’re going to have a relationship, and it’ll start on June 12.”

President Trump on Friday announced that he would go forward with a historic summit with North Korean leader Kim Jong Un in Singapore on June 12, suggesting it could be the first in a series of meetings aimed at curbing the rogue nation’s nuclear weapons program.

The announcement came after Trump met for more than 1 1/2 hours in the Oval Office with Kim Yong Chol, the vice-chairman of North Korea’s Central Committee, who delivered a personal letter from Kim Jong Un. The letter was viewed as an effort to bolster ongoing negotiations and ease tensions after Trump abruptly canceled the summit last week amid escalating threats from Pyongyang.

“It’s going to have to be a process, but relationships are building, and that’s a very good thing,” Trump told reporters, after walking Kim Yong Chol to a black SUV outside the South Portico and taking pictures with him and Secretary of State Mike Pompeo.

Trump appeared buoyed by the breakthrough after a flurry of diplomatic meetings this week between U.S. and North Korean delegations in New York, Singapore and the Korean demilitarized zone to hash out a final agreement on the summit’s agenda and logistics.

Trump said he had not yet read Kim Jong Un’s letter, but he said he and Kim Yong Chol discussed a number of topics, including U.S. economic sanctions on North Korea and a potential peace treaty to formally end the Korean War. An armistice signed in 1953 has left the Korean Peninsula in a state of tension for more than six decades.

“I look forward to the day I can take sanctions off of North Korea,” Trump said. “We talked about ending the war. This war has been going on — got to be the longest war, almost 70 years, right? A possibility of something like that.”

It was, of course, just over a week ago that the President released a letter that had been sent to Kim Jong Un calling the summit off. That letter was apparently prompted by a series of events that began in late April when National Security Adviser John Bolton appeared on several Sunday morning talk shows where he suggested that the United States was looking at the “Libya model” for the upcoming talks with the DPRK. Bolton suggested that this “model,” which referred to the 2003 agreement under which Libya gave up. As I noted at the time, though, referring to Libya also likely reminded the North Koreans that less than ten years after those events, Libyan leader Muammar Gaddafi ended up dead on the side of a road at the hands of his own people during the climax of a civil war in which the United States, United Kingdom, and France chose to intervene. Several days later, Trump himself seemed to countermand his National Security Adviser and suggest that the “Libya model” is what would happen to North Korea if they didn’t agree to give up their nuclear weapons. At that point, many foreign policy advisers observed that Trump’s remarks could easily be interpreted as a threat and that it could lead to a cancellation of the summit.

Needless to say, the North Koreans did not react very well to this allusion to the so-called “Libya model”, but nonetheless, it seemed on the surface that things were still moving forward. Within a week after Bolton’s statement, Secretary of State Mike Pompeo traveled to North Korea and met not only with top North Korean officials but with Kim Jong Un himself. At the end of those meetings, Pompeo returned home with three Americans who had been held in North Korean prisons for, in some cases, more than a year. Additionally, it was just two weeks ago that the summit itself was officially announced as being set for June 12th in Singapore. Additionally, in during a meeting in late May with the President of South Korea the President seemed confident that the meeting would go forward. Furthermore, this announcement came just hours after North Korea announced to the world that it had officially dismantled the last elements of its nuclear test site, an event that was witnessed by thirty foreign journalists who were allowed in the country to report on the event. Finally, in an interview that was apparently recorded before the letter was released Trump said that the United States might be willing to accept a phased-in path toward denuclearization by the DPRK rather than a plan under which the North Koreans give up all of their nuclear weapons at once.

At the same time that we were seeing these positive developments, though, there were also signs behind the scenes and in public that were at the very least indicating that the talks between the United States and the DPRK were had hit something of an impasse. It was evident, for example, the North Korean reaction to John Bolton’s invocation of the so-called “Libya model” was, as you would expect, less than positive. Additionally, the North Koreans had failed to appear for a pre-summit meeting in Singapore. Two weeks ago, the North Koreans were appearing to move the goalposts and specifically pushed back against the idea of Libya being a model for how things would proceed with the DPRK. Things unraveled even further when Vice-President Pence doubled down on Trump’s allusions to Libya in saying that the DPRK would end up like Libya if it didn’t agree to the terms demanded by the United States. This led a North Korean official to respond with a statement calling Pence “ignorant and stupid,” and threatened to cancel the summit. It was in response to this, apparently, that Trump sent the letter canceling the summit.

Since that announcement last week, though, there have been signs that efforts were being made to get things back on track. Just a day after sending the letter, for example, Trump hinted to reporters that the summit might still go forward and the United States sent delegations to both Singapore and to North Korea aimed at prompting talks about getting the two countries back on track. Additionally, and somewhat surprisingly, the North Korean response to Trump’s letter was quite conciliatory. That letter was followed by a surprise unscheduled meeting between Kim and South Korean President Moon Jae In at the border between the two countries at which it was apparent that both parties wanted to get the summit back on track. The biggest sign in that direction, though, came earlier this week when Secretary of State Mike Pompeo held two days of meetings with Kim Yong Chol, the Vice Chairman of North Korea and Kim’s second in command and spymaster, the highest-ranking North Korean official to visit the United States in more than twenty years. Today, Chol traveled to Washington and met with President Trump prior to today’s announcement, apparently carrying a personal note from Kim Jong Un.

The news that the summit is back on track is positive news, but it’s still unclear exactly what it is intended to accomplish and whether a final agreement with the DPRK will even be possible. As I’ve noted before, the United States and North Korea have very different ideas of what denuclearization means, and that is not something that will be resolved by one meeting between the two leaders. Instead, the best that we can probably hope for is that this would be the beginning of a process designed to reduce tensions on the Korean Peninsula and perhaps lead to things such as a formal end to the Korean War and some agreement regarding the DPRK’s nuclear research and ballistic missile development programs. The other alternative, of course, is that this all ends in failure, but it seems as though this is at least worth a try. Whether it will accomplish anything is something we simply can’t know the answer to at this point.