One day after canceling his summit meeting with Kim Jong Un, President Trump is suggesting it may be back on. Before it happens, though, there ought to be far more adequate preparation. 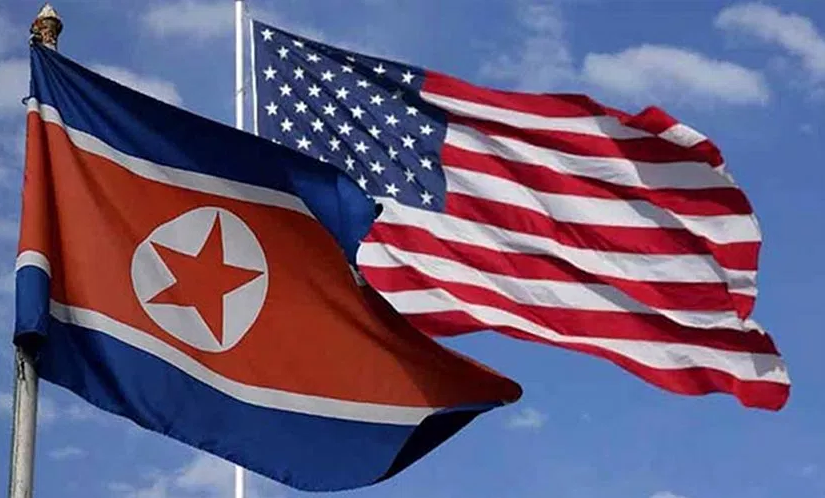 One day after canceling the summit meeting with Kim Jong Un that had been set for June 12th, President Trump is now asserting  that it still may be possible for a meeting to go forward:

WASHINGTON — President Trump said on Friday that his administration was back in touch with North Korea and the two sides may reschedule his summit meeting with Kim Jong-un, perhaps even on the original June 12 date, a stunning reversal just a day after the president canceled the get-together.

Mr. Trump indicated that he was pleased with a conciliatory statement released by North Korea after his decision on Thursday to scrap the summit meeting, and he brushed off concerns raised privately by his staff and publicly by his allies and adversaries alike that Mr. Kim was playing him.

“Everybody plays games,” he told a reporter. “You know that.”

The president’s comments were the latest head-spinning twist in a diplomatic dance that has played out unlike any in recent years. After threatening “fire and fury” against North Korea and dismissing Mr. Kim as “Little Rocket Man” last year, Mr. Trump abruptly accepted an invitation to meet — and with little consultation with his advisers.

He just as suddenly called off the meeting on Thursday morning after North Korean officials failed to show up for a planning meeting in Singapore and issued a statement calling Vice President Mike Pence a “political dummy” for suggesting that Mr. Kim could meet the same grisly fate as Libya’s Col. Muammar el-Qaddafi if he did not give up his nuclear weapons.

But Mr. Trump still gave the impression of someone eager to pursue a relationship and a deal that he has mused could win him the Nobel Peace Prize. And North Korea picked up on that by reacting calmly to the cancellation, issuing a statement saying that “with a broad and open mind, we are willing to give the United States time and opportunity” to come back to the table.

In addition to the remarks to the press, Trump also commented on the cancelation on Twitter:

Very good news to receive the warm and productive statement from North Korea. We will soon see where it will lead, hopefully to long and enduring prosperity and peace. Only time (and talent) will tell!

Trump appeared to be responding to the North Korean response to yesterday’s announcement that the meeting had been canceled, which was more conciliatory than may have been expected:

North Korea’s First Vice Foreign Minister Kim Kye Gwan said Friday that his country still wanted to pursue peace and said it would give Washington more time to reconsider talks. He added that North Korea “inwardly highly appreciated” Trump for agreeing to the summit, and hoped the “Trump formula” would help lead to a deal between the adversaries.

“The first meeting would not solve all, but solving even one at a time in a phased way would make the relations get better rather than making them get worse,” Kim said in a statement carried Friday by the state-run Korean Central News Agency. “We would like to make known to the U.S. side once again that we have the intent to sit with the U.S. side to solve problem regardless of ways at any time.”

This doesn’t mean that the summit is back on, or that it there is talk of rescheduling it to a later date in the summer or some other time during the year. Less than an hour after the President spoke, Deputy White House Press Secretary Hogan Gidley told reporters that a planning meeting that had been scheduled for this weekend in Singapore had been called off and that the American delegation would not be going to Singapore. This would be at least the second planning meeting that didn’t take place as scheduled, and those meetings will have to go forward and pick up wherever the participants may have left off before a meeting could actually go forward. This means that even if the meeting does get the go-forward again, it’s likely that it would have to be scheduled for some other time down the road if only to make up for the time that has been lost due to the missed planning meetings and other delays that will occur. Perhaps if things can get back on track in the next several days, the June 12th date would still be possible to meet but the longer the two sides are not talking to each other the less likely that becomes.

Even if the meeting does get put back on the table, though, it strikes me that there ought to be more work done before it occurs if the meeting is going to be anything other than a symbolic one that amounts to little more than a photo opportunity in which Kim Jong Un ends up getting the boost in stature that he obviously craves from a meeting with the President of the United States. In the past, summit meetings of this type were preceded by months if not years of negotiations between the parties involved that had the goal of hammering out the topics that would be discussed at the meeting and, if possible, the terms of any agreement that might be announced as a result of that meeting. In the past, when American Presidents have gone into meetings such as this without adequate preparation it is typically ended in failure. One of the primary examples of this can be found in President Kennedy’s 1961 meeting in Vienna with Nikita Khrushchev which Kennedy had initially proposed as an occasion for “informal” conversations regarding the issues between the two nations. For a variety of reasons, the meeting was ultimately seen as a diplomatic failure after which Khrushchev had concluded that Kennedy was weak on some level, an impression that led to events such as the decision to place nuclear missiles, thus provoking the Cuban missile crisis. Another example can be found in the 1986 summit in Rekyavik, Iceland between President Reagan and Mikhail Gorbachev, which went off the rails largely due to the fact that the two leaders ended up going far beyond the parameters of what the meeting was supposed to achieve. In that case, though, the U.S. and U.S.S.R. were able to keep negotiations on track and to eventually hammer out a treaty on the intermediate range nuclear missiles stationed in Europe and a summit meeting in Washington, D.C. in the fall of 1987. Given these examples, and the history of other summit meetings that included proper preparation, it seems advisable to either schedule the summit for a much later time this year or to keep it off the table until there is some kind of concrete agreement that can actually accomplish something.

What this development tells us, though, is that both Donald Trump and Kim Jong Un would still like a meeting to go forward sooner rather than later, albeit each for their own purposes, Trump, for example, likely views the summit as something that can be pointed to as a sign that, contrary to what the media says, he is a serious player on the world stage and that he ought to be taken seriously. For Kim, such a meeting would essentially serve as a legitimization of him and his regime on the world stage in the form of a one-on-one meeting with the most powerful man in the world. As far as substance goes, though, it’s still quite apparent that the two nations are not exactly on the same page when it comes to the details of issues such as the fate of North Korea’s nuclear weapons program, sanctions relief, and what, if any, security guarantees the United States and its allies would be willing to give to the DPRK in exchange for a broader agreement. Until there’s at least a framework for a discussion on possible agreements in this area, it seems clear that any summit meeting would be little more than a photo opportunity that would clearly benefit Kim far more than it would benefit the United States.