Robin Wright asks the following in The New Yorker:  Why Is Donald Trump Still So Horribly Witless About the World?

Of course, the unfortunate answer is that he has no interest in understanding the world, nor any real grasp of the job he currently has.  This is well summed up in this quote from the piece:

“The President has little understanding of the context”—of what’s happening in the world—“and even less interest in hearing the people who want to deliver it,” Michael Hayden, a retired four-star general and former director of both the C.I.A. and the National Security Agency, told me. “He’s impatient, decision-oriented, and prone to action. It’s all about the present tense. When he asks, ‘What the hell’s going on in Iraq?’ people around him have learned not to say, ‘Well, in 632 . . . ‘ ” (That was the year when the Prophet Muhammad died, prompting the beginning of the Sunni-Shiite split.*)

“He just doesn’t have an interest in the world,” Hayden said.

This is sadly accurate and highly unlikely to change. It is also a horrible circumstance for President of the United States.  It is like hiring an attorney who has no interest in the law to defend you in court:  sheer madness.

And, of course, Hayden is no liberal squish predisposed to criticize a Republican President.  Indeed, Wright’s piece is based on interviews with members of Republican administrations:

Criticism of Donald Trump among Democrats who served in senior national-security positions is predictable and rife. But Republicans—who are historically ambitious on foreign policy—are particularly pained by the President’s missteps and misstatements. So are former senior intelligence officials who have avoided publicly criticizing Presidents until now.

I asked top Republican and intelligence officials from eight Administrations what they thought was the one thing the President needs to grasp to succeed on the world stage. Their various replies: embrace the fact that the Russians are not America’s friends. Don’t further alienate the Europeans, who are our friends. Encourage human rights—a founding principle of American identity—and don’t make priority visits to governments that curtail them, such as Poland and Saudi Arabia. Understand that North Korea’s nuclear program can’t be outsourced to China, which can’t or won’t singlehandedly fix the problem anyway, and realize that military options are limited. Pulling out of innovative trade deals, like the Trans-Pacific Partnership, will boost China’s economy and secure its global influence—to America’s disadvantage. Stop bullying his counterparts. And put the Russia case behind him by coöperating with the investigation rather than trying to discredit it.

All excellent advice.  All likely to unheeded by the administration. 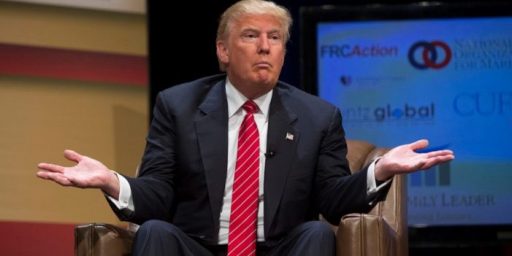