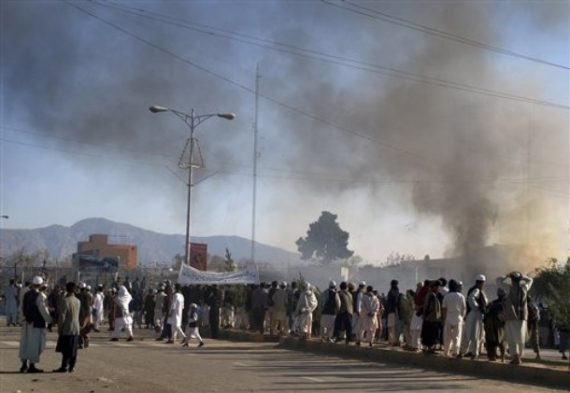 Smoke rises from the UN’s office following a demonstration to condemn the burning of a copy of the Muslim holy book by a U.S. Florida pastor, in Mazar-i- Sharif north of Kabul, Afghanistan, on Friday, April 1, 2011. An Afghan official says seven people have been killed at a U.N. office in the northern city of Mazar-i-Sharif when a Quran burning protest turned violent. (AP Photo/Mustafa Najafizada)